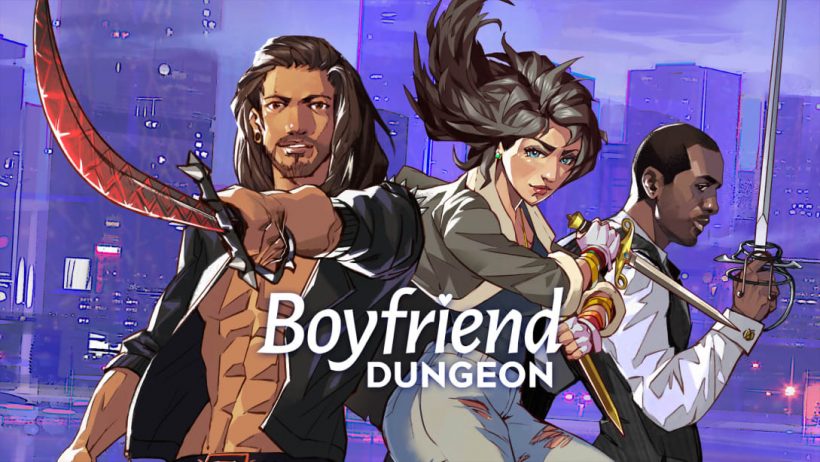 Visiting a new town is always exciting for many reasons. Chief amongst them being the ability to reinvent yourself. No longer are you bound by previous relationships or friends, instead being able to forge ahead and start afresh. Imagine this unknown area you find yourself in is populated by people that can transform into weapons. What would you do in such a scenario? Wield them to tackle dungeons containing your innermost fears, of course! Boyfriend Dungeon is a zany concept, yes, but the dungeon crawling and dating sim mix works remarkably well – even if this date-filled summer vacation is over all too quickly.

I’m not usually one for dating sims, but even I can admit that the writing in Boyfriend Dungeon is top-notch. Nowhere is this evidenced better than in the interests and personality ticks of all of your prospective romantic partners. It helps you to decide who you’d rather spend more time with. Each character’s uniqueness is more impressive when you realise that such specific traits perfectly match the style of blade they’re presented as. Isaac Estoc, for instance, a local financier with an aristocratic background and a fondness for philosophy, is represented in weapon form as a fencing sword. It wouldn’t make sense for him to be something more blunt or viscous.

This can lead to situations where you’re fonder of the person more for romantic reasons as opposed to whether their weapon form matches your preferred combat style, sure, but Boyfriend Dungeon is all about finding that balance. I ended up spending most of my time courting Valeria because of our shared interests and how kind she stayed to me. Was it so make or break that this meant I had to main a dagger when taking on dungeons? Absolutely not. And while it’s true that every weapon boasts unique combat perks and bonuses, simple light and heavy attacks have a largely similar impact on enemies anyway.

When you’re not wooing the town’s locals in search of love, much of your time is spent actually inside the dungeons themselves. Unfortunately, this is where Boyfriend Dungeon somewhat disappoints by only giving you two to tackle, yet both are visually distinct and always offer up 11 or so randomised levels of challenge. It’s in these instances where it’s clear the “Boyfriend” portion of the game’s title is perhaps a lot more important than the “Dungeon” aspect. Even still, when you’re slashing and stabbing your way through multiple enemy waves, trying to level up, and gathering ingredients needed to create gifts for partners, it’s hard to complain all that much. Just don’t go into dungeons expecting Hades.

The story in Boyfriend Dungeon is also a simple one. You play as a character holidaying in the seaside town of Verona Beach, ready for a summer of love despite not having much dating experience. Luckily, your trusty cousin Jessie is there to help lead you down this path, and it’s mainly through him where the 8 or so loving partners are introduced. As previously alluded to, who you choose to spend time with is totally your choice, but it’s hard to see most people wanting to romance, say, the scythe-transforming Rowan when he’s introduced so late. That said, a lot of the cooler weapons are reserved for Boyfriend Dungeon’s latter half, including some cat-like knuckle dusters.

I only wish there was a bit more crossover between each of your potential soul mates. After all, you’d think that going on a date with Sunder would place me in Valeria or Isaac’s bad books. It’s made clear early on, however, that the background technical goings-on in Boyfriend Dungeon aren’t all that complex, which keeps each story self-contained albeit at the price of achieving another deeper layer of relationship sophistication. On the plus side this does mean you can romance every weapon-person to max without fear of suffering narrative consequences.

Your heart-driven pursuit is filled with the odd narrative twist, with one in particular tackling the subject of stalking and gaslighting head on. Overall I’d say this is handled decently, but having not been through it myself I hesitate to comment on how accurate the depiction is. That being said, the events surrounding a character called Eric did make me question how I handled interactions with other characters, who nine times out of ten do a good job in making you aware of his questionable tactics. However, tricky topic or not this is only a game, and the eventual resolve to this story thread is appropriately goofy if perfectly inline with Boyfriend Dungeon’s other lofty concepts.

Much like the summer flings it so regularly presents, Boyfriend Dungeon is a fun infatuation to spend time with for a little while but ultimately it’s a tad shallow. It’s neither the best dungeon crawler on Nintendo Switch nor the best dating sim. However, developer KitFox’s brilliant writing combined with its ability to mesh these genres together so well ends up making this forgivable. There being only two full dungeons is a bummer, yet there’s so much here to fall in love with.

Boyfriend Dungeon‘s unlikely mix of dating sim and dungeon crawler charms more than it irks, letting you romance your way through many a dungeon. Is it over too quickly? Yes, but this heartfelt summer vacation is fun while it lasts.