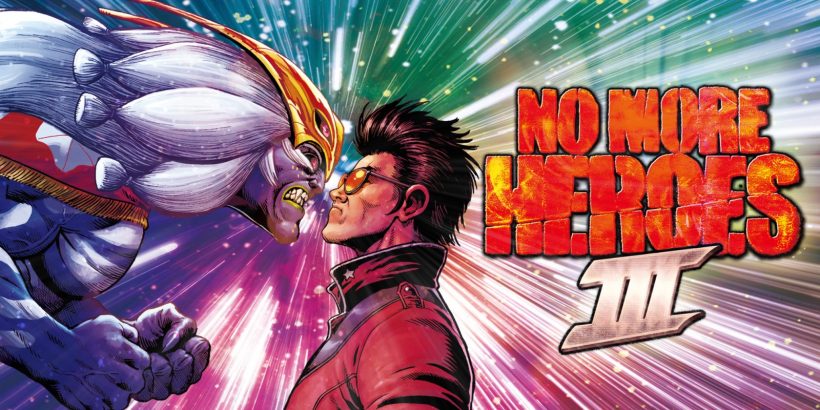 Loveable douchebag Travis Touchdown returns after a 10-year absence from the mainline No More Heroes series, and with his triumphant comeback, he brings an atom bomb explosion of adult humour, pop culture references, and unabashed violence, making No More Heroes 3 the WILDEST instalment of the WILDEST franchise to ever find a home on a Nintendo console. Boy, is it good to have him back!

A lot of where No More Heroes 3 starts directly relates to where Travis Strikes Again left off, so if you’re not familiar with the previous NMH games, you may start off a little confused. The good news is that the game is so balls-to-the-wall bananas that any need for understanding the nuances of the franchise’s backstory becomes redundant, and you’ll soon feel up-to-speed enough to enjoy yourself.

Two years following the events of TSA, and after many years of self-imposed exile, Travis has returned to Santa Destroy to enjoy a simple life. He’s barely recognisable in his opening scene, sporting scruffy hair and a comfy looking jumper instead of his signature red leather jacket, and any glimmers of Travis’ shallow and delusional persona have been put to bed in favour of a more rounded individual — still arrogant, perverted and profane, of course, but showing the emotional scars of a character that’s gone through deep trauma, and showing the vulnerability of someone that’s found sentimentality along the way.

So, what would it take to bring old Travis out of retirement, wielding his beam katana once more? Well, Suda51 previously stated that Travis would end up going against an Avengers-scale threat, and that prophecy is fulfilled beautifully here, as Travis must fend off an invading alien force led by Jean-Baptiste VI, otherwise known as Prince Fu. Though they proclaim themselves to be intergalactic superheroes, they’re really nothing more than intergalactic assassins under the thrall of Fu’s unimaginable power. Travis inadvertently answers the call as Earth’s defender, and boom — we’re set up for Travis to once again rise through the top 10 assassin rankings.

I’ve left quite a bit out here; there’s actually a great little backstory around Fu and how he came to be on Earth, but it’s best to experience this yourself. Fu is a fabulous antagonist, and the subtlety to his character is much like Travis’ own in this instalment. He can ruthlessly slaughter millions without a second thought, but then share tender moments over some noodles with his subordinates. There’s a sadness to him, hidden under waves of anger and insanity, and the bold and exciting character design for Fu is the perfect representation of his persona, his purple eyes shooting off into different directions, and the almost comedic exterior disguising the power within.

In fact, the entire cast of NMH3 is pretty superb in design. The remasters of NMH 1 & 2 did a decent job of giving an HD lick of paint to the Wii’s modest offerings, but this fresh adventure, built from the ground up, demonstrates just how slick Travis and the gang can look when given the VIP Switch treatment. The washed-out effect of the earlier titles has been given the boot in favour of an exciting colour palette, and the galactic assassins look the absolute business with their otherworldly designs, varying from a shining golden mecha-knight to a giant jellyfish man with hand-nipples. I’ll say no more.

Robin Atkin Downes does another stellar job effing and jeffing as our titular anti-hero, but every supporting character and assassin is voiced to perfection. Exchanges between Travis and Fu are a highlight, with both able to give as good as they get, and I’ll never get tired of Travis calling Fu “Prince Dickhead.” Even when the game isn’t focused on the action and witty retorts, there are brilliant moments of downtime in the game’s episodic format, such as Travis and his buddy Bishop sitting in the apartment gossiping about their favourite Takashi Miike films. It’s these little nuggets that remind us that No More Heroes is more than just a hack & slash game; it’s a celebration of real-world culture and art, displayed in a way that Suda enjoys, and he’s inviting us along for the ride.

The first two NMH games were very different to one another, thanks to a handful of significant changes made to their core designs. In short, Desperate Struggle trimmed the fat, providing a leaner experience by removing the open-world environment, tournament entry fees, and part-time job system from the first game. It’s interesting, then, that No More Heroes 3 has brought all this back. Santa Destroy certainly looks better than ever – although the frame rate takes a nasty hit at times, and things can start to look quite rough in handheld mode – but this is still a vapid and lifeless town, with faceless NPCs and traffic moving in endless circles.

Travis’ beefy motorcycle still isn’t any fun to ride, and it only takes a light hit for you to come flying off in an irritating inescapable animation. New areas have been introduced which can be reached via a highway system, but, and this is being generous, these are a mixed bag. One area — “A Call to Arms” — is a hazy World War 2 battleground strewn with piles of knee-high rubble that Travis can’t jump over, filled with invisible walls that provide an unforgivable and frustrating labyrinthine challenge for seemingly no reason. I can’t help but feel Suda and the team planned for much more to take place in the open world of No More Heroes this time, but for one reason or another, we’ve ended up with a very similar experience, and I do wish the slimline format of NMH 2 had reigned supreme.

Fortunately, exploration is brief, as it’s now much easier to gather the required fees for tournament entry. Upon the start of each episode, Travis will need to complete a number of minion battles before he can take on one of the intergalactic assassins and forward up the ranks. By the time you’ve done these preparatory matches, you’ll have enough, or close to enough, to go straight for the boss. I did try my hand at a few of the part-time jobs, and some of these weren’t half bad! Shooting giant crocodiles off the beach with a tank was a good laugh. Unblocking toilets, not so much… But I really appreciated that this time around, for the most part, these were here if I wanted to play them — I was rarely forced to.

But all of this is just foreplay! The combat is where NMH truly gets down to business, and it’s sexier than it’s ever been. Fast, strategic, and perfectly formatted for both standard and motion control play, you’ll need to utilise Travis’ entire skillset in order to outmanoeuvre and overpower the competition. The classic swordplay and wrestling moves remain intact, but are bolstered this time by the Death Glove: a customisable device lifted straight from TSA, allowing Travis to utilise special abilities in battle. Series veterans will recognise the death blow slash reel mechanic has returned, turning the tide of battle at a moment’s notice with a dash of luck.

As the difficulty increases, gameplay soon becomes a fine art of micromanaging all of these mechanics to keep the pressure on in glorious bloody style. If you really are struggling, each encounter retry allows you to spin a roulette wheel which can make your next attempt easier in a variety of ways. This will get slower each time you lose, to the point that you can basically select what buff you’re after, which is a nice way of handling difficulty that I’ve not seen before. Somehow, the chaos, violence, and insanity have surpassed even that of the prequels; however, while I did enjoy NMH3’s intergalactic space setting and shiny supervillains spewing iridescent blood, I did long for some good old fashioned human meat sacks to slice and dice. The fountains of crimson and cries of pain felt more real than the alien warblings of bipedal sex toys.

No More Heroes 3 is the most bombastic entry in a series that has always defied expectations. A few of the design choices feel like a step backwards, but where it moves forwards, it does so in intergalactic style. The writing is at its peak, the visuals their most polished, and the combat tighter than one of Sylvia Christel’s dresses. Suda51 has carved out a niche in game design that nobody else could (or would) dare to replicate, and though it may come with hundreds of content warnings, I can only recommend that you strap yourself in for another bizarre adventure in the Garden of Insanity.

It has its flaws, but there is absolutely no reason not to get on board with No More Heroes 3. It’s explosive, it’s sexy, it’s absurd, and it’s all created with a passion rarely seen outside of small-scale indie game development.