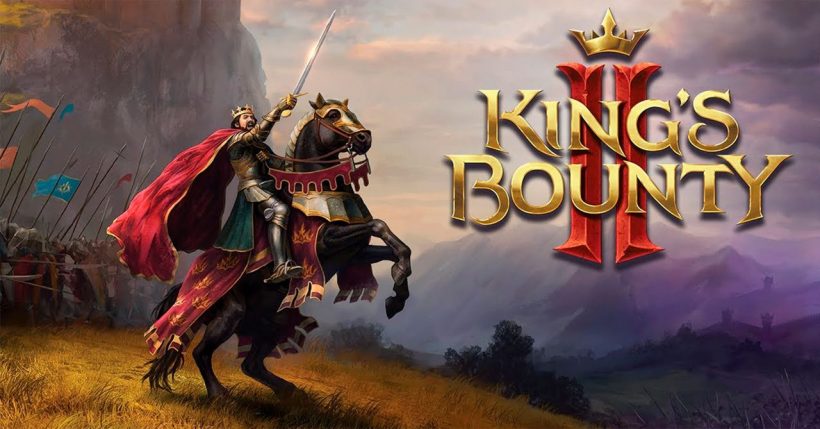 The original King’s Bounty was released way back in 1991 on the SEGA Genesis (as well as other platforms) so it was a bit of a shock to see the series return so many years later with King’s Bounty II on the Nintendo Switch. Should they have left this series in the 90s?

At heart, King’s Bounty II is still the same game as its predecessor, just with a ton of upgrades — which is to be expected after 30 years. For those that haven’t experienced King’s Bounty before, it is a turn-based RPG game with a conventional medieval setting. The sequel expands on the original by introducing more immersive RPG elements, a bigger and fuller world, and a whole host of new ideas.

King’s Bounty II is set in the world of Nostria, a kingdom now overshadowed by conspiracies, sabotage, and necromancy. This country is not what it used to be and bandits roam the streets, taking what they want, when they want. The King has lost his authority with no other nation stepping up and helping. That’s where our character comes into play.

The player takes the role of one of three ‘accidental’ heroes: Katherine, the Mage; Eivor, the Knight; and Elisa, the Paladin. All have their own traits and stats. Unaware of why they have the power they do, they’re the kingdom’s only hope. Your job is now to recruit, develop, and command your very own army. Pretty ambitious, to say the least.

Once you’ve selected your character, you will begin your story, starting with a tutorial which briefly explains how things work. Set out like many RPGs, King’s Bounty II is third-person and you will see a lot of similarities with other popular games of the same genre. You will quickly learn your character has just been released from jail, to help on this very important mission.

One thing that became clear when playing King’s Bounty II was that the world you’re in is quite full. I’ve played a lot of open-world RPG games that are absolutely beautiful to look at, but the world itself is completely empty. That isn’t the case with King’s Bounty II — there is plenty to see and explore and that made my time with it a lot more enjoyable.

Battles in King’s Bounty II were certainly interesting and you will realise at this point that the character you choose is mainly a gimmick because you don’t really control them in combat. Your character is able to perform attacks from the sidelines, but that’s all. The main focus is the army you have had to build up and train — you are the commander, after all.

Building your army was one of my favourite things about the game purely because it’s so in-depth. It’s not just a case of gaining soldiers and throwing them into battle. You need to consider where to place them and with whom. You can have soldiers, dogs of war, skeleton warriors, thieves — among others — and they won’t all get along with one another. You need to establish which team works best with who and place them accordingly before the army’s morale lowers, decreasing your chance of victory.

Each unit (made up of five troops) is able to move and attack each turn. If some of your troops fall then they will be out of the battle until the end, but if you lose an entire unit you will lose them for good.

It’s worth noting that battle segments in King’s Bounty II are actually the thing you will probably be experiencing the least. The majority of your time will be spent exploring, interacting with characters, and completing missions. This didn’t really bother me too much though. Would I have liked there to be more battle segments? Yes. But it didn’t ruin the experience.

King’s Bounty II does implement a choice system during certain quests that will award you with Order, Anarchy, Power, or Finesse points — depending on your choice. Gaining these points will eventually allow you to level up and add skill points into the corresponding skill tree. This means it does help to choose a specific way to play and stick with it. Trying to keep a balanced character doesn’t work as you will be gaining points into each category, but not enough to consistently level them up.

The level of detail in King’s Bounty II did surprise me. I didn’t expect it to have voiced cut-scenes, but it does and they’re voiced quite well too, may I add. NPCs will be conversing as you walk by, in all manners, which helps for it to feel like a much fuller experience, and the game also features a ton of lore to find and follow throughout. Entirely optional, of course. But, it’s there to read and enjoy as you please.

In terms of graphics, King’s Bounty II is hit and miss. At points, it looks great and at other times it doesn’t. Sometimes textures can be missing and edges can appear jaggy and choppy. I did find it looked worse while playing in docked mode which suggests the game hasn’t been optimised very well. Though these issues are still noticeable in handheld mode, they’re nowhere near as prominent. The frame rate will drop quite dramatically to around 20fps too which could become a little frustrating.

If you can deal with those little hiccups, you will get on with King’s Bounty II fine.

Overall, King’s Bounty II was an enjoyable experience with some unique gameplay elements. It’s slightly let down by its frame rate and graphical issues and I can’t really justify it at its current price point, but if it goes on sale it’s definitely one to pick up.