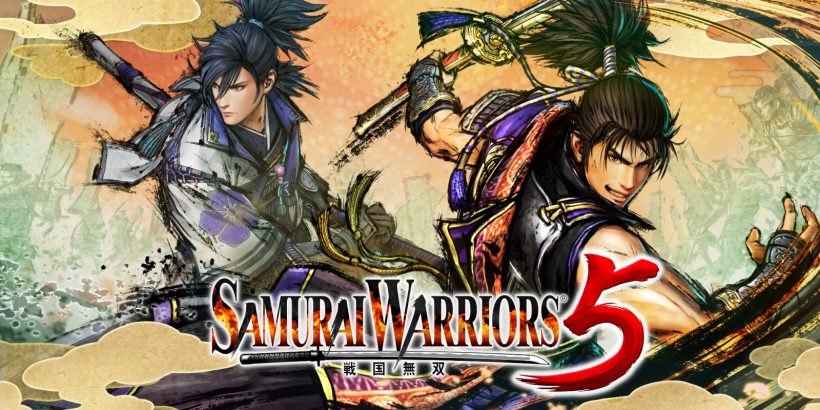 There are few games that make history as fun and dynamic as the Samurai Warriors series. They take historical figures, give them an outrageous makeover complete with crazy weapons and zany outfits, then place them in a story that’s part historical re-enactment, part insanity. Samurai Warriors 5 follows in the footsteps of its predecessors, but as a self-described reboot, takes a more focused approach to this design, delivering a thoroughly entertaining game in doing so.

If you’re familiar with the Warriors series in any capacity, it will be no surprise to hear the gameplay is relatively unchanged, with a few new combat mechanics freshening things up. You face hundreds of enemies on a battlefield, attempting to complete a series of objectives to gain victory. This genre of games is often attributed with simple button mashing to get the job done, and whilst the bulk of enemy encounters don’t require much skill to break through, strategy is key to completing the harder objectives. Optional difficulty levels allow you to find a sweet spot and ignoring some of the game’s more complex mechanics could see your reign cut down early.

One such mechanic is the new Hyper Attack. Using this sees you round up enemies with a constant barrage of attacks that also lets you travel a large distance across the map. It’s perfect for maintaining your combos without slowing you down and makes for a fun mechanic that showcases the power of your characters. The more important new addition is Ultimate Skills. You can equip four of these at a time and their effects range from boosting your stats to granting powerful attacks. These skills are great on their own, but the real strategy comes from combining them. Equip each skill wisely in relation to the battlefield and enemy type, with a healthy mix of stat boosters and attacks, and soon no enemy will refute your claim to rule.

Variety is key in the Warriors games, so whether you wish to power through each scenario or employ a more tactful approach, both are viable options. This variety is further shown through the game’s many other systems. Outside the main story mode, which itself is a delightful saga of loyalty, betrayal, and intrigue, there is plenty more to dig into. In Citadel Mode you face a variety of scenarios to defend your base, earning rewards to upgrade the various buildings that aid you in your quest. It’s an essential mode to supplement the story, providing access to greater abilities and upgrades, all through challenging and rewarding battles.

At times it does feel as though Samurai Warriors 5 has too much going on. It does a good job of gradually introducing new mechanics but it’s still incredibly easy to become overwhelmed by everything. Early on you’ll find yourself inundated with pop-up tutorials that don’t really have time to stick in the heat of battle, making a trial-and-error approach almost essential. Furthermore, the sheer number of skill trees, upgrades, and characters will leave your head spinning as you debate what to invest your time in.

Samurai Warriors 5 offers much the same gameplay as any title in the series, but the approach it takes means the game is still a rich and exciting experience. The new mechanics keep the series’ tried and tested combat fresh, with the variety of different load-outs and characters curbing the repetitive nature of the gameplay. With a riveting story and plenty of additional features to keep you invested, Samurai Warriors 5 is a superb entry in the series.

A wealth of complex systems can be overwhelming, but Samurai Warriors 5 combines an engaging gameplay loop with exciting mechanics to deliver an action-packed game that provides countless hours of fun.