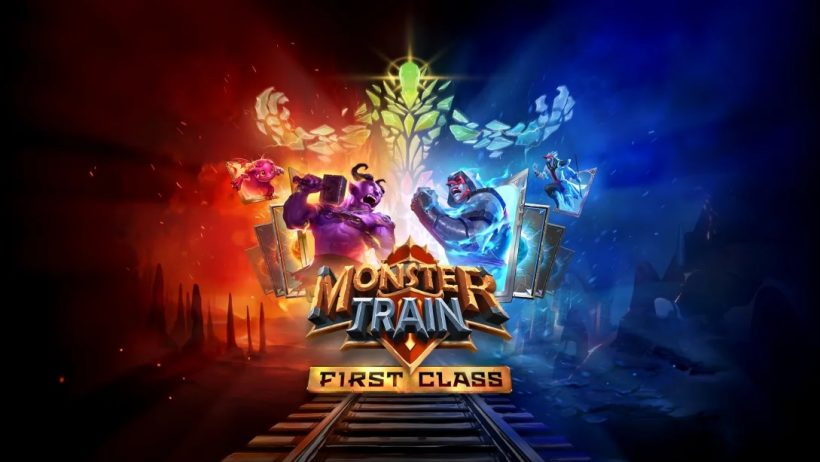 There’s a certain irony in subtitling the re-release of your game ‘First Class’, and knowing full well it’s taken over a year to get to the new platform it’s now gracing. Cheeky naming conventions aside, however, it’s easy to give this a pass in the case of Monster Train, as the wait for developer Shiny Shoe’s moreish and devilishly addictive card battler has been worth it. Better yet, it plays absolutely flawlessly on Switch, easily suiting the console’s hybrid nature so as to appease players who want to embark on “just one more run” whenever they have ten minutes spare. True, this genre has become a tad overcrowded recently, but Monster Train First Class is a leader of the pack!

Combining the best aspects of deck building and roguelike games, your mission in Monster Train is extremely straightforward. Set in a world where hell has somehow frozen over, it’s your job to ensure the titular vehicle finds its way back using the appropriate path, instructing the various monster types available in your deck while defending the Pyre necessary for restarting hell’s flame. Does any of this matter during the heat of battle? No, but knowing you get to play the bad guy is an appreciated touch.

When you’re not busy picking which monster type to set as your main and ally clans for a run’s deck, preventing your Pyre from being damaged is all about managing three vertical playing fields. Enemies will always enter on the bottom and move their way up, giving you the opportunity to plan ahead using tactical card moves. It’s a simple setup, sure, but one that really opens up the more you play – until eventually systems such as Armour, Multi-Strikes and countless other passive card effects all layer on top of one another. Learning basic actions like how to upgrade your Ember (the number of moves you make in a turn) is intimidating at first, but it all clicks after just a couple of runs.

Getting through the eight randomised(ish) stages required to complete a run will no doubt take multiple attempts. Learning Monster Train’s various quirks, though, and how it adapts classic card game mechanics from certain genre staples is all part of the fun. It’s this element of not knowing whether a particular warrior card’s attributes will gel well with a spell card’s specific effects that encourages experimentation. Plus, if you ever struggle to find success using, say, the plant-centric Awoken clan’s healing abilities, there are five other monster clan types to fill out your deck and try.

All this will be old news to anyone that played Monster Train when it first released on PC, so what exactly makes this version first class? Well, in addition to simply looking and playing great portably, Switch players also gain the ‘Last Divinity’ DLC as a bonus. Not only does this introduce a new end boss tougher than the previous one, but also an entirely new monster clan to master in the Wurmkin. It’s disappointing most players won’t have the chance to play them until quite far in – due to how the game’s ratchet-based Covenant difficulty system works – but it makes sense considering how different they play.

There’s so much more to say about Monster Train First Class than could fit in a single Switch Player review. Just know going in that it’s a painfully well-balanced and executed card battler sure to function as catnip for fans of deck building. Couple this with a strong emphasis on randomisation, roguelike elements and rampant difficulty customisation, and this is a train you won’t want to be late for.

Monster Train First Class earns its seat as one of the best card battlers on Nintendo Switch. Its complex mix of mechanics and systems are initially overwhelming, I’ll admit, yet seeing it all come together can be absolute bliss.