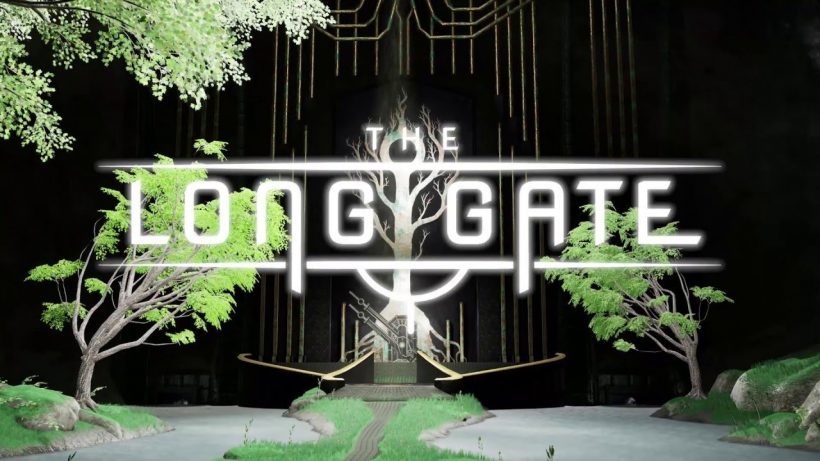 The Long Gate is a first-person puzzler that doesn’t hold your hand. In fact, it pulls its hand away at every opportunity, leaving you feeling lost and alone in a pretty terrifying environment that’s filled with machines you’ll never understand. However, if you’re clever enough and have patience, you’ll find satisfaction in solving the puzzles it throws at you.

The game opens with a few introductory puzzles that show you the core mechanics. You’ll need to manoeuvre objects and press switches to move power from one point to another. There are various types of connections for you to use to do this, and you certainly feel clever after solving the opening few.

The Long Gate‘s world is interesting but refrains from being distracting. You’re clearly inside some sort of huge mechanism, but that’s not the focus of the title at all. Instead, the game remains solely focused on the puzzles, giving you just enough set dressing to think that this place might once have been important to an ancient civilisation.

The game truly begins when you reach the central core, a point where three layers of puzzles present you with new rules, such as certain connections representing numbers, forcing you to rethink your strategy and be mindful of the objects you choose to connect. This is where you’ll get a feel for whether The Long Gate is for you or not.

Suddenly the game shifts from being a puzzler with an intriguing environment and atmosphere to a much more serious affair. For example, you need to make your connection match specific numbers for the power to transfer through. One type of connection represents 1, while another represents 0. You have to figure out how to create the required number using only a set few pieces. Things only get more complex when symbols come into play.

Puzzles can take upwards of half an hour to solve, and that’s not an exaggeration. You have to carefully consider what each puzzle wants from you before you attempt to answer it, then you need to have the patience to go back and try again multiple times when you fail. I’m not ashamed to admit that it feels like I got through a few with sheer dumb luck.

The Long Gate’s puzzles are clearly well thought out, and incredibly precise. They’re more than challenging, and I’ve never seen a game be this bold when it comes to difficulty. In a way, it’s refreshing, but I think most people will be put off by the challenge since it seems to increase by jumping off a cliff edge rather than on a gradual slope.

Difficulty is subjective, and it’s hard to say if that makes the game more or less playable. One aspect that definitely lets the title down, on the whole, is the visual representation. Screenshots on the Nintendo eShop for The Long Gate look beautiful, but the game is a far cry from those. Everything is blurry, to the point where it becomes hard to see the numbers and letters that are crucial to solving puzzles.

There’s no real audio design, but that fits with the game’s focus on puzzles over anything else. It would be nice to have a decent soundtrack to get your brain in gear, but it’s not like you can’t do that yourself.

Overall, despite not being someone who is good with numbers and has little patience for puzzles, there’s a charm I found in The Long Gate, through the way it makes you expect the unexpected. Early on, you need to fall off a ledge, seemingly to your death, to progress. It’s in these moments that The Long Gate gives you a glimpse of the playful puzzlers that inspired it, but at its heart, it’s much more serious.

The Long Gate succeeds in providing the most challenging – and often satisfying – puzzle experience I’ve played on the Switch, but that comes at the cost of accessibility for those of us who aren’t geniuses.