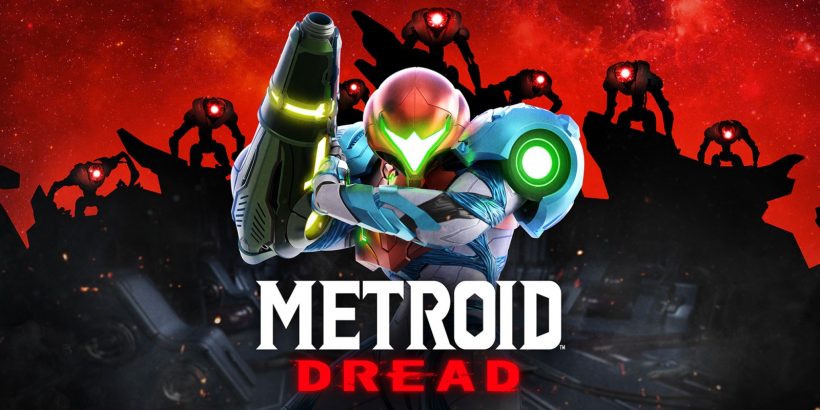 In the rare cases where extraordinary hype levels are surpassed, though, the result is an unparalleled feeling of satisfaction, in being able to experience something that is basically everything you had imagined it to be.

As the first original 2D Metroid game in nineteen years, Metroid Dread had a lot to prove to long-time fans and newcomers alike. How surprising is it to see, then, that it is not only an original Metroid experience in terms of gameplay and atmosphere, but it also exceeds expectations of what a new chapter in the series should be.

Samus, I Chozo You!

As one of the most fundamental series in the Search Action genre (or Metroidvania, if you want to use the most established term), you could play most Metroid games for mechanical enjoyment alone. With Metroid Dread, it can be a bit different. Sure, if you want, you can still play solely for the great action-focused side-scrolling, but if you are invested in Samus’ adventures, then you’ll also be blasted with a gripping narrative that really pushes the entire Metroid universe in a bold new direction.

It all starts with a few of the same familiar elements, though. During the incredibly well-animated introductory cutscene, you learn that, despite the belief that the X Parasites were extinct, footage from planet ZDR shows that a few of these dangerous beings are still alive. Knowing that the E.M.M.I. robots sent by the Galactic Federation failed to deal with the situation, it is up to the most powerful bounty hunter in the galaxy to check what is really happening on that alien planet.

After setting up its basic premise, Metroid Dread quickly throws you in the middle of the action, while still mixing superb gameplay sections and narrative development all along the way. The incredible cutscenes that you see during the intro are just a tease of what you will witness throughout the course of the campaign. The most important narrative segments are all presented with the same care and superb animation work, which becomes even more impressive when you take into account how many of these cutscenes blend with the gameplay dynamically.

Developer MercurySteam has really elevated the 3D side-scrolling formula here, with Dread knowing exactly when to use different camera angles and zooms to present a sense of scale, danger, or simply just to show how awesome Samus is.

While Samus’ fearless approach to exploration shines during each of the game’s cutscenes, the slick gameplay and responsive controls also help to deliver the feeling that you are an extremely capable character. From the first moment that you are put in Samus’ skin, you have access to a surprisingly huge array of movements that blend fluidly into each other – and it just gets better with each new upgrade you find. As a result, when it comes to the moment-to-moment gameplay, Metroid Dread easily becomes the new pinnacle of the series, all thanks to the nearly-perfect way it takes the most well-known Metroid mechanics and elevates them to new heights.

On top of this exemplary gameplay, Metroid Dread builds a dichotomy that doesn’t really have the right to work as well as it does. Basically, the game takes the fact that Samus is the greatest bounty hunter in the galaxy and turns that very idea on its head. In Metroid Dread, the hunter also becomes the hunted.

The aforementioned E.M.M.I. robots are the key element in this cat-and-mouse-like experience. These metallic behemoths, whose sole objective is to hunt and capture Samus, are scattered throughout planet ZDR, each one patrolling a specific section of the planet. In order to progress, you need to explore their territory, but that is easier said than done.

Each time you encounter a new E.M.MI., they pose as an unstoppable force that you are almost entirely powerless to deal with. It is during these moments that the game delivers a thrilling experience centred on the titular feeling of dread. These are tense and life-threatening moments where running and making smart use of your surroundings (as well as your power-ups) is all you can do in order to survive. It is only after careful exploration that you are able to turn the odds in your favour, after you find a specific power-up that allows you to defeat the E.M.M.I.

In jumping back and forth between these different instances of being the hunter or being prey, Metroid Dread delivers an experience that consistently keeps you on your toes.

Being chased by the E.M.M.I. only works so well in Metroid Dread because the game has such sublime level design. Similar to previous Metroid games, ZDR is composed of a series of expansive interconnected regions, with multiple nooks and crannies that will open up to you in different ways depending on the latest upgrade you have unlocked. These regions are absolutely gorgeous, each with its own distinct theme and elements – including beautiful vistas and awe-inspiring moments. The way you progress through these places comes with countless improvements when you compare Metroid Dread with Metroid: Samus Returns or even other Metroid titles.

From the get-go, you have only a single big objective that is highlighted on your map: survive and find your way to your spaceship. Doing that will require the completion of a series of micro-steps, however, with multiple smaller objectives that change depending on the most recent events that take place with Samus. As a consequence of being less hand-holding, Metroid Dread invites the player to get lost in its world, but it does it in such a smart way that you will be progressing almost at all times, even when you have no idea where exactly you are going or what you are after.

In order to achieve its consistent momentum, Metroid Dread makes some smart changes in the way it presents its map screen and world layout. Now, you have detailed information about places you have already explored, with highlights for specific types of obstacles that you have no way to overcome yet – you can also manually add pins for stuff you want to check in the future.

Rather than making the game feel easier, it in fact just makes it fairer, allowing you to backtrack in a more conscious way. Also, considering how Metroid Dread rarely pin-points your next immediate objective, you are encouraged to explore and find the way on your own.

With this in mind, Dread also does a superb job in guiding you to the correct path in an inconspicuous way. At many points when exploring an entirely new region or going back to a previously visited area, the game will even smartly lock you from getting into certain places with new obstacles or interesting changes in the environment. This offers a nice balance in exploration, becoming neither overwhelming nor too linear.

Metroid Dread’s premise of overcoming an enormous challenge isn’t something limited to the E.M.M.I. encounters alone, as it is also present in the general combat segments – especially when it comes to bosses and minibosses. Knowing that Samus has plenty of mobility (not to mention the access to an ever-increasing combat arsenal), MercurySteam have opted to populate ZDR with a huge amount of dangerous enemies, some of which will demand full use of Samus’ most powerful movements, including her improved counter manoeuvre taken directly from Samus Returns.

With no accessibility settings, a few of these encounters may pose as huge difficulty spikes depending on how much you have explored. Thankfully, though, Dread’s bosses and minibosses are constructed in a smart and balanced way, where there are often multiple ways to deal with them – not to mention the fact that their specific moveset can be learned and exploited. Also, the game is lenient when it comes to checkpoints, so you don’t lose too much progress when dying.

Overall, Metroid Dread delivers an extremely satisfying Search Action experience, providing an unparalleled sense of accomplishment that’s present in every single moment. Being able to overcome a difficult segment could be a rewarding experience in itself, but Dread also compensates the player with incredible new story developments and beautiful environments to explore. The final product is not only a new entry worthy of the Metroid name, but it also moves its narrative forward, and makes us remember why we all fell in love with the Metroid series in the first place.

While the nineteen-year hiatus was a difficult one, Metroid Dread delivers what fans have waited for and more, building a familiar yet unique experience with brand new ideas to help push the genre forward.