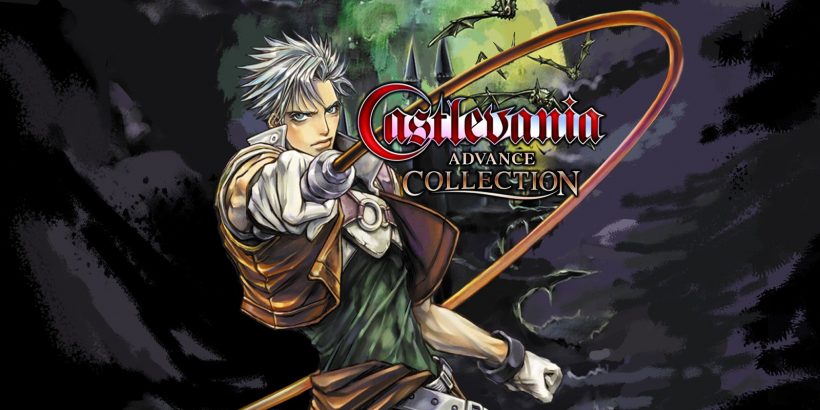 Having been left without a true 2D Castlevania game for so long, it wasn’t really a shock to see people’s heads explode after learning that three of the franchise’s best entries would be coming to the Nintendo Switch. Castlevania Advance Collection is indeed a modern marvel for many reasons, chief amongst them being how we live in a world where Konami is paying greater respect to the Game Boy Advance era than Nintendo itself. Alas, while Metroid Fusion and Metroid: Zero Mission are still absent, there’s plenty of vintage back-and-forth fun to be had in this collection featuring Circle of the Moon, Harmony of Dissonance and Aria of Sorrow.

So, what’s so special about these three Castlevania games in particular? After all, it’s a series known for its fair share of lows as well as highs. You needn’t worry about that here, because the Game Boy Advance classics included take heavy cues from one of the granddaddy’s of the entire Metroidvania genre: Castlevania: Symphony of the Night. In an age where Konami’s GBA adventures weren’t readily accessible before, it’s nice to have them playable portably again in such a convenient and well-presented form.

Beginning with 2001’s Castlevania: Circle of the Moon, this Game Boy Advance launch title is a great place to jump in as it’s the purest of the trilogy. This works to better lay a foundation for future successes, but also making it approachable is just how little it ties into the wider Castlevania timeline. You play as Nathan Graves, on a mission to recuse his mentor from the clutches of Dracula by exploring and fighting his way through a monster-filled castle. The plot never really gets more complex than that and the Belmont family are  nowhere to be seen which is refreshing. It worked well 20 years ago to onboard series newcomers, and it does so again now.

Harmony of Dissonance and Aria of Sorrow are a little more intricate, by comparison – both from a narrative and gameplay perspective – but still manage to carve out a unique flavour of Castlevania. While all three games may indeed run on the same engine and explore similar themes, they’re different enough to make diving straight into one after finishing another a refreshing and exciting prospect. No element feeds into this idea more than with each game’s magic system.

In addition to new abilities like double jump, wall dash and slide, Circle of the Moon constantly throws a gauntlet of ever-evolving enemies at you. Luckily, helping you fight back alongside simple whip attacks is what’s called the Dual Set-up system, or ‘DSS’, which sees you collect and equip two different card sets that imbue your attacks with creative spell effects. This varies wildly from Harmony of Dissonance’s ‘Spell Fusion’ mechanic that influences how any equipped sub-weapon will be unleashed. Aria of Sorrow’s ‘Tactical Souls’ system is the ultimate evolution of both, however, seeing you inhabit the souls of certain slain foes to drastically affect protagonist Soma’s active and passive abilities.

The only criticism I would levy at these systems is that they’re never well explained to you. Only after tinkering around in some menus do you gain a grasp of how each magic technique operates. It’s hardly an issue limited to this one aspect, though, and is instead indicative of how far the Metroidvania genre has come. Two decades is a long time. As beautiful as the pixel-based art is, and as well-designed each map is, they can feel archaic by today’s standards.  Retro enthusiasts and veteran players will enjoy this challenge, but the lack of quality-of-life mechanics (like simple ledge-grabbing) may irk others.

Luckily, Konami has included various modern features we’ve come to expect from a collection like this. Quick saving, instant loading, and the ability to rewind makes exploring these various gothic settings more of a breeze than they were upon their original release. I can’t imagine beating Dracula (or most other bosses for that matter) using each game’s actual save point and not wanting to throw my GBA off a cliff. Here in the Castlevania Advance Collection, though, that’s no longer the case despite some particularly cruel enemy placement. You can even choose between three different screen modes in: Standard, Pixel Perfect, and Full Screen to play your preferred way.

Castlevania Advance Collection is the perfect example of a modern trilogy re-release done right. It’s clear the focus has been on presenting Circle of the Moon, Harmony of Dissonance and Aria of Sorrow in the best possible light, throwing in a few bonuses like unique screen options, extra ROM versions, and a gallery in for good measure. It’s now the best way to experience the height of the Castlevania series either all over again or for the very first time.

Three of the best Metroidvanias ever made gather in an improved fashion with this well-executed collection. They can feel similar at times, true, but watching the mechanics and scenery slowly evolve throughout the trilogy remains a joy.