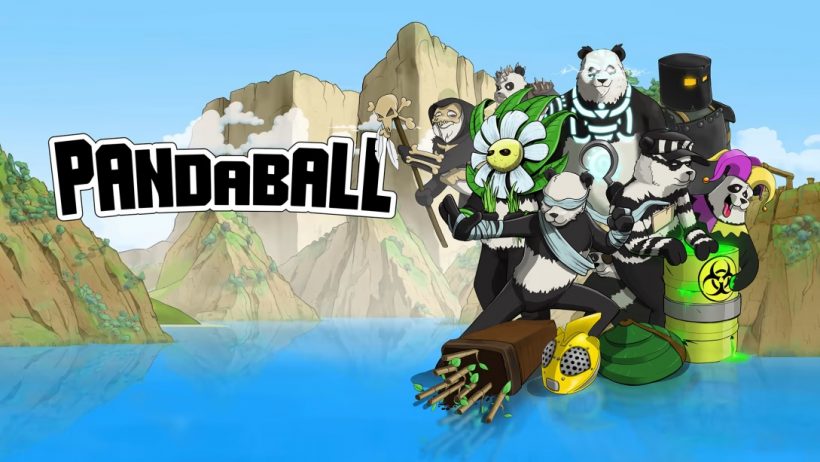 You have to admire developer GetAGame for finding a gap in the market on Nintendo Switch. With EA failing to make any real attempt with FIFA and the continued absence of Mario Strikers on the platform, PandaBall is presented as a light-hearted take on the beautiful game. The problem is, while it’s an inventive sports party game with lots of charm, it doesn’t really have the polish or mechanics to back this bold ambition up. That’s not to say there isn’t any genuine football fun to be had here with friends, just that it probably won’t be to the degree you’re expecting.

Things start out promisingly enough, with PandaBall having a bit of fun with its narrative framing. Why would groups of pandas feel the need to team up and play football in the first place? Well, while there’s no risk of becoming extinct on the remote utopian island of Pamuria, boredom soon sets in, you see. This leads clans to battle it out on the pitch across a range of different environments including beaches, night-time jungles, and clifftops. You unlock these different locations by competing in matches and levelling up, but they only make for an aesthetic change and in no way impact gameplay. A missed opportunity, perhaps.

Another source of disappointment is just how little content there is to dive into. There’s the expected 1v1 local versus mode, okay, but in terms of single-player offerings the main ‘Champions Road’ campaign is only made up of four rounds you’ll complete pretty quickly. Then, it’s simply into the training mode for you to hone your skills. It’s not like PandaBall features a swathe of multiplayer modes either, with there bafflingly being absolutely no option to play against others online. A major addition like this would go some way to extend the life of the pitch-based playfulness. As it stands, you’re stuck with a short-lived single-player path and a single local multiplayer mode.

Of course, PandaBall would gain some credence if it actually played and handled well. Alas, it’s also a bit hit or miss in this regard. I actually like the way it approaches passing and shooting: each of the four members of your panda team is assigned a face button. When pressed, you’ll either pass to that panda or take control of them. This control setup does well to make it feel like a true arcade experience. Shooting, meanwhile, requires you to pull back on the right stick when you want to line up the perfect shot. However, on the higher difficulties this leaves you wide open for the aggressive AI to slide tackle you. The game encourages you, therefore, to cross the ball in and flick at the ball when received, but the amount of precision required is borderline laughable.

As mentioned earlier, the unlockable pitches are supposed to keep you hooked and playing for longer, as are a whole bunch of different panda squad members with varying levels of talent. I struggled to ever notice the skill difference on the pitch, however, as I did trying to tell the characters apart. Sure, you can unlock items for each panda by completing in-game challenges, but the moment-to-moment gameplay failed to hook me. Power-ups and multiple ball types are introduced to shake things up further. If only it was explained how any of them work.

PandaBall has enough aesthetic charm and creativity to be an arcade indie footballer with a real edge. Unfortunately, a severe lack of substance — both in terms of content and core gameplay — assures this is somewhat of an own goal, right from the very off. It’s fun to pick up and play with a friend, but offers little more.

Those looking for a solid substitute for Mario Strikers on Nintendo Switch won’t find it in PandaBall. It’s a confusing mish-mash of aesthetic charm and undercooked play mechanics, all of which ends up being frustrating for solo and co-op players alike.