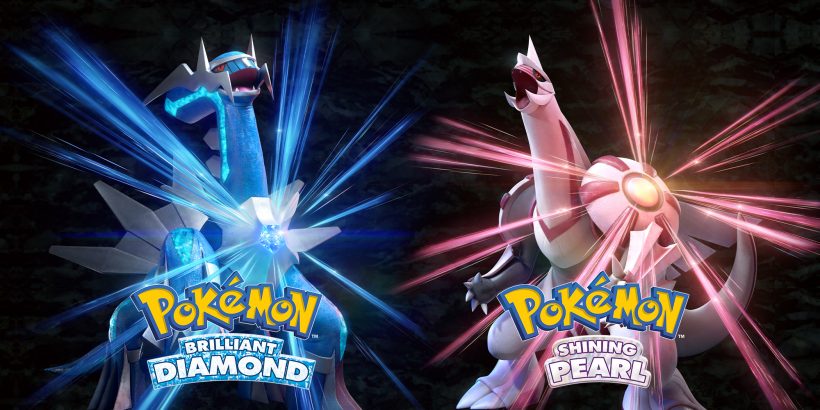 Remakes are no easy feat. All at once, you have to capture the style and feel of an original game, while updating it to match the progress that the industry has made in the meantime. For a series as evolutionary as Pokémon has been in recent years, breathing new life into a 15-year-old game becomes a question of which updates to include. As fans, we may want absolutely everything thrown in, but that’s easier said than done. Luckily, developers Ilca have managed to strike a good balance with these titles, modernising Pokémon Diamond and Pearl with some much-needed quality of life improvements, and retaining all the charm of the originals. That strict adherence to the past hurts these titles in places, but there’s no doubt that this is a satisfying return to Pokémon’s roots.

When Diamond and Pearl first released in Japan in 2006, they marked something of a revolutionary time for Pokémon. They introduced elements that are now core to the series. The physical special split and online connectivity were just two that helped to reinvigorate interest. The dual touch screen controls set a precedent for the franchise that would endure for over a decade, and you could just tell that Pokémon had found its ideal home on the Nintendo DS. Adapting that for a vastly different system, then, in a world where the games are more accessible than ever, would require some tough decisions. They’re decisions that Ilca has mostly got right, albeit with a few caveats.

The art style, for one, is something that has drawn ire since these games were first revealed. Fans wanted these remakes in the style of Pokémon Sword and Shield. However, by modernising the chibi look of the originals, alongside some gorgeous lighting effects, Ilca has created a brilliant-looking game. It captures the magic of the originals in a way any other style would have struggled to, whilst also doing something unique. Take an area such as Floaroma Meadow. Between the petals gently dancing through the air and the golden tinge giving warmth to the area, it feels alive. Similarly, the day/night cycle does a brilliant job of showing off the look of the game. Colours pop during the day, while the evening sees the world blanketed in a comforting orange glow. For the first time, Sinnoh feels like a truly vibrant place, a world you enjoy experiencing.

That’s not to say it gets everything right. The animations this time around are glaringly stiff. Though you can now move diagonally in the overworld, cutscenes see characters stuck to rigid grid-based movement. It’s a small thing but, alongside the player character’s single expression throughout the entire game, it completely undercuts the tension of certain moments and shows the seams on an otherwise well-built product. It’s an example of the game sticking too strictly to the originals. Back then it was easy to accept the technical limitations of the system, but with the Switch there’s no excuse, especially when movement is so free elsewhere in the game.

Unfortunately, that faithfulness to the original titles is what keeps Brilliant Diamond and Shining Pearl from true greatness. The release of Pokémon Platinum in 2008 brought some sorely needed improvements to Diamond and Pearl, including a slew of new features and balancing. It’s what the games should have been from the start, so to see these changes absent from the remakes, whilst not necessarily surprising, is still disappointing. The expanded Pokédex is the most curious case. The newly revamped Grand Underground allows you to find some of the Pokémon that were added in Platinum, yet it’s still needlessly limited. Evolutionary items for some of these Pokémon remain locked to the postgame, defeating any incentive for getting them, and making the whole thing feel like a half measure that was meant to appease people, yet wasn’t fully implemented.

The lack of available Pokémon marks an unfortunate balance throughout the game. Gym Leaders rely heavily on creatures not native to Sinnoh and with seemingly little to do with their respective type matchups. It certainly adds a layer of strategy to important battles as you face an unexpected foe, but it makes Sinnoh itself feel lacking in variety. These remakes would have done well to focus on everything the 4th Generation games brought to the table. In cutting out some of the most crucial improvements made to these games all those years ago, we’re instead left with a title that falls short of its potential.

So, whilst these remakes fail to properly address issues long since resolved, they do bring with them a slew of new features that expand and improve upon the originals. One shining example is the Grand Underground. What was simply a fun little side activity in the originals has been upgraded to be a core part of the experience here. The aforementioned Underground Dens are a perfect way to blend some of the more recent developments the games have seen with a beloved returning feature. Reminiscent of bite-sized Wild Areas, these varied environments house a cornucopia of rare and interesting Pokémon. Removing overworld encounters was understandable in order to stay true to the originals, but it would have been disappointing to see them disappear altogether. It’s exciting then to walk into one of these rooms, each time unsure of what you might run into, and this aspect offers a more concrete reason to keep returning to the game.

Online connectivity through this mode has been seamless in my experience and goes a long way toward helping the area live up to its “Grand” title. The benefits of playing with others soon become clear, and it’s yet another way that these games make the world feel like a sprawling, lived-in place. Sword and Shield attempted something similar with players appearing in the wild area, but performance issues marred the experience. Here, everything is silky smooth, and the idea that you’re helping your fellow player uncover rare items and Pokémon only heightens the enjoyment.

I think the key to these remakes is that small but meaningful changes can be just as impactful as something big. On the surface, these games aren’t all that different from the originals, outside of the obvious visual improvements. Look deeper, however, and you’ll see the great strides Ilca has taken to ensure this is an experience worthy of your time. Some of these are changes that have become standard in recent titles—for example, marrying HMs to the Poketch instead of specific moves. At a glance this probably seems like a simple convenience move, but I found it opened up the world. Removing barriers to exploration meant I got to experience the world more fully than I had before, and lead to a greater appreciation for the scope and depth of the region.

Similarly, the implementation of the Experience Share this time round aids the title’s accessibility. This is by all accounts an “old school” Pokémon adventure. A view of a time before an increasing investment in gimmicks was used to keep things fresh. As such, the game could prove challenging for younger players and, faced with an annoyingly speedy Garchomp, some older ones too. That challenge is certainly a good thing, but players used to the newer direction of the series may find it off-putting. The exp-share curbs some of the grind and affords players the opportunity to tackle the game at their own pace. I do think it should have been an optional effect, but steps have been taken to counter this for players seeking a challenge. Certain postgame battles have competitive strategies behind them, ensuring those craving a tough fight should be satisfied.

Pokémon Brilliant Diamond and Shining Pearl are not perfect remakes. Compared to what we’ve received in the past, it’s no doubt some people will feel underwhelmed. But there’s still a fun and fulfilling experience to be had here, beyond that. Ilca has taken great strides to recreate all the charm and style of the original games, and while being so faithful can work against these titles at times, it’s also an effective presentation of a simpler time in Pokémon. These games aren’t quite the gems their titles might suggest, but whether you’re looking for a hit of nostalgia, or simply an enjoyable gaming experience, they will deliver as Pokémon does best.

Pokémon Brilliant Diamond & Shining Pearl are good remakes of good games. The changes implemented are small yet effective, however, there’s a lingering sense throughout the experience that this all could have been so much more.