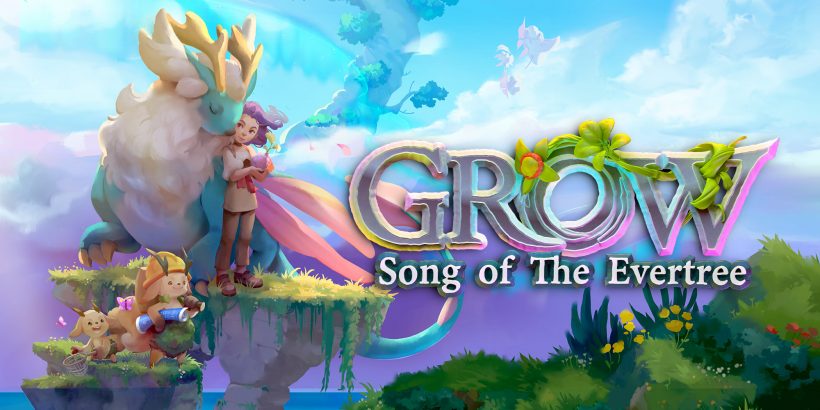 Marketing of a game is surely the single most important element post-development. Get it right and gaming spheres can do nothing but talk about, hear about, or see your video game. Failure to nail it just so, and the results can be disastrous. From an outsider looking in, showcasing your game looks to be the fun bit. You can shout about all of your hard work and display all those details — big and small — that you can’t wait for people to experience.

Grow: Song of the Evertree is a game I saw very little about pre-release. I saw a little more of it once it landed on the eShop, but still not enough to cause a ripple in a sea of other notable releases. People often bemoan games for launching around others: Death’s Door, KOTOR, Pokemon Brilliant Diamond and Shining Pearl, and Shin Megami Tensei V can all be referenced as they released within a week on either side of Grow. That’s before you consider the other console counterparts that many households now own. In short, Grow hasn’t received the attention it needed.

I say needed, and not warranted, because Grow isn’t perfect — far from it. What it is though is a trier, and that can be half the battle sometimes. The developers, Prideful Sloth, have a track record of the wholesome and meaningful. Previous releases include Yonder: The Cloud Catcher Chronicles and Solo: Islands of the Heart. Both are good at what they do, yet they need that word of mouth, that gameplay video online, that group of screenshots that showcase the visuals. They need to be seen.

Grow needs to be seen, too. On the eShop, it looks like a mixed bag of delights and disappointments. Playing it? Well, that’s a different story. Beyond the unoriginal plot and fairy-tale setting, there lies a deceptively deep world-builder that anyone could sink hours and hours into. It captures a mood just as well as any other game from the genre, and recaptures it time and again with its charming, cheerful vibe.

Early scene-setting can take some of the credit for this. It’s both swift and impactful, laying the foundations without wasting any time — it had to, as the long loading times meant it was already on borrowed time. You find out a bit about the goings-on that led to the situation that the Worlds of Alaria find themselves in, and you do so through beautiful cutscenes. There’s music accompanying every moment, and it’s incredibly strong. It’s nothing less than we’ve come to expect from Kevin Penkin — famous for their work on Necrobarista, Florence, and anime such as Tower of God and Made in Abyss.

The melodies continue to build throughout, and there’s a clear synergy between the visuals and the music which everybody will appreciate. I was very grateful for this, not least because the plot doesn’t quite entertain in the way I’d have liked. It’s most definitely a multi-sensory experience, and it is packaged and presented well for the most part.

Although similarities can be drawn to Prideful Sloth’s previous titles, the most appropriate comparison is to My Time at Portia. Arguably one of my favourite games on the Nintendo Switch, it borrows ideas from this and other games of its ilk. Unfortunately, it also struggles under the weight of its own ambition. The opening few hours of gameplay doesn’t do nearly enough to sell what comes after, and it’s almost because of this that the mechanics that it does introduce later on may not be as well-received as they would had they been introduced at the start.

You begin on a barren land that requires tending to bring it back to life. Intertwined between typical story beats is a rather laborious effort to get you farming. You tend to crops, break down rocks, plant seeds. It’s all been seen before, and yet, somehow, it fails to develop it any further than select the tool that the on-screen prompt is asking for and press A. There’s a lack of player agency here, even down to the fact you can’t use the tool unless over the exact object you need to interact with. You may as well press fast forward until it’s done.

Grow dials up the player agency to eleven in the hours that follow. As you begin repairing the land, more and more people start to visit the world and you need to ensure provisions for them to live and love in Alaria. Utilising the resources you have gathered, you begin shaping the community by crafting, building, and managing the inhabitants. It’s almost overwhelming, yet its presentation and playability implore you to carry on.

Grow’s passing similarities to My Time at Portia extend as far as its lack of polish. To say it has performance issues would be an injustice, but long loading times and blurry assets make it feel unpolished, with character movements that leave a lot to be desired. That being said, if Grow grips you in the way it should, you’ll forego the preference for hyper-realised and idealistic visuals in favour of the much more laidback, almost meditative, experience on offer. Maybe stick to docked mode, however, as the game is considerably blurrier in handheld mode.

Grow: Song of the Evertree is a surprisingly complex and rewarding world builder that offers an abundance of opportunity to relax and unwind. It’s far from perfect, yet what it aims to achieve, it manages to do well.