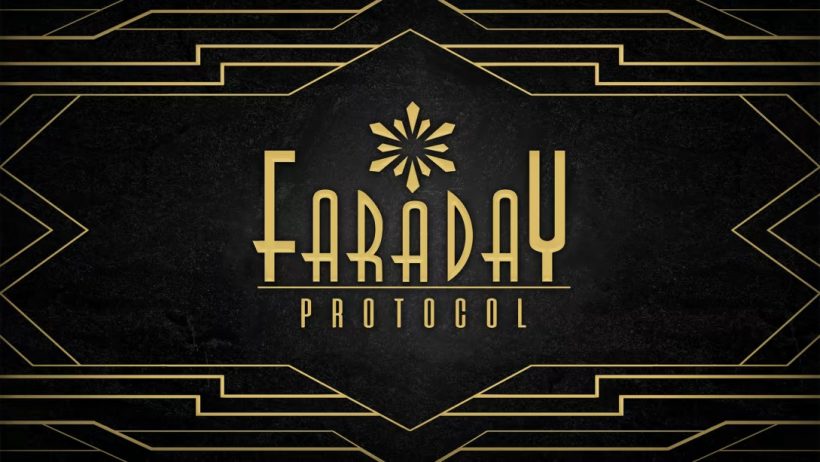 The original Portal triggered a major shift in the way we perceive the type of experience that first-person titles can offer. Before then it was all “shoot this” and “blast that”, but the indie scene has since found cool ways to experiment with the concepts of exploration and puzzle-solving, without the need to kill. The ominously-titled Faraday Protocol is another great example of this approach, set in a mysterious world you move through using a gun-like doodad to solve various mental and situational conundrums. Cool ideas are present, sure, but we can’t quite shake the feeling that we’ve been here before.

Faraday Protocol certainly piques your interest at the start. As an interstellar explorer, stranded on a planet that seems to have once been inhabited by an ancient civilisation, you wake up not knowing why you’re here or how to leave. The only thing for you to do, therefore, is poke around, which soon leads you to find a device called the Bia-Tool. Thank heavens, too, because venturing deeper into the game’s lavish alien structures would be almost impossible without it. Unfortunately, it’s not long before you realise that Faraday Protocol isn’t very interested in weaving a deep story at all, preferring to use its surface-level set dressing as a way of merely shuffling you from one puzzle room to another.

It’s a shame because what small nuggets of narrative are here hold a lot of promise. For instance, your character will often speak to hint at their background, even interacting with IRIS (the planet’s robot AI) to try and piece together what it all means. However, GLaDOS she isn’t, to the point that I struggled to even care about my character’s plight by the end. Thankfully, Faraday Protocol fares a lot better when it focusses on pure puzzles, mainly as the Bia-Tool has a couple of cool functions that really get your brain ticking.

The basic puzzle-solving method here involves shooting and absorbing energy from different totems in each room. It’s a process you’ll constantly repeat in order to open doors, activate moving platforms, reveal staircases, and so on. Eventually, however, the various rules all begin to stack, until you frequently find yourself trying to work out which totem to shoot first, how to retain your energy without blocking the next path, and so on. Faraday Protocol knows how to slowly build upon the Bia-Tool’s basic function slowly over time, creating plenty of those “ah-ha” moments where you do finally solve the puzzle and feel like a genius. Better yet, there’s a good amount of challenge here, so much that I had to pause and think about my next action in several instances.

Sadly, while the puzzles are solid, what doesn’t help matters is just how samey the environments can look. You see, in the effort to make locations look enigmatic, Faraday Protocol slathers everything in black and shining gold. That works to further instil the idea of this being an ancient race’s dwelling, but can be frustrating when you’re forced to move between indistinguishable rooms. It isn’t uncommon to get turned around when trying to solve a simple puzzle because there’s not much visual variety here.

Faraday Protocol is a first-person puzzler that largely achieves what it sets out to do. Otherworldly atmosphere? Check. Inventive obstacles? Oh yes. But a stronger story and a wider colour palette would have worked wonders to help you better engage with it all. Nevertheless, this is still a short-yet-solid experience sure to scratch that Portal-like itch.

If first-person puzzlers are your thing, then there’s a lot about Faraday Protocol that will suck you in. It shines most in its puzzles, using the Bia-Tool’s basic functions to great effect over 4–6 hours. Just don’t expect to be blown away.