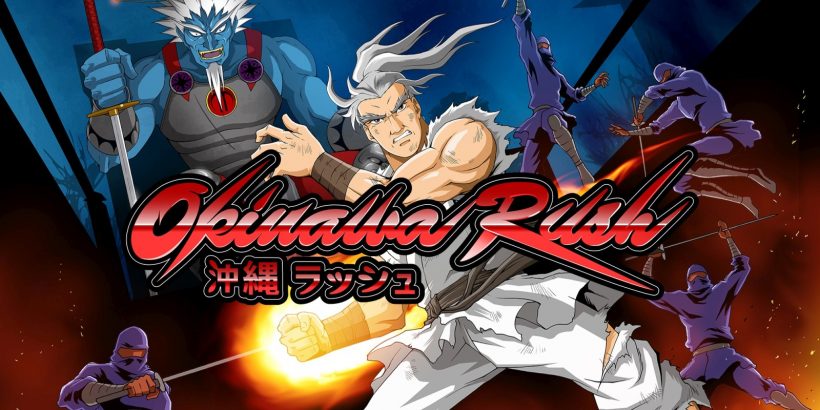 Much is said about the ubiquity of retro games these days; it can feel like the market is overwhelmed with such releases. There are many possible motivations. Creating a loving homage to the games of yesteryear? Or maybe an effective or more realistic way of realising an ambitious idea? Either way, the key is in how developers use the style to stand out from the crowd. In the case of Okinawa Rush, the result is a superb action platformer, reminiscent of the games of yore, which still maintains its own identity.

I’ll focus on the graphical style because it’s the first thing that really struck me about the game. There’s a vibrancy and detail to the world that is truly impressive to behold. Games like this often repeat settings, and some of the awe is lost the longer a level goes on. With Okinawa Rush, while it’s clear some elements are reused, small touches keep the world alive. The game is incredibly atmospheric, whether it’s the view of a twinkling night sky or the soft lantern-lit glow of your family home. It captures the details of a lived-in world in a way that games of a similar style, and even some 3D titles, struggle to.

This level of care is thankfully maintained within the gameplay too. The game offers both Story and Arcade modes, and I was pleasantly surprised by how effective the stories are. Choosing to play as one of three characters, you’ll fight through several stages, battling the evil Black Mantis Clan. It’s a simple yarn of good vs. evil, but it’s nevertheless effective. The animations are, once more, beautiful thanks to the lovely art direction, and I found myself invested in this tale of torment. If there’s one place this game falters, it’s in the voice acting. All the cutscenes are fully voiced, but the obvious British accents do clash somewhat against the Japanese setting. It’s unfortunately jarring as the game does an otherwise brilliant job of drawing you into its world.

Luckily, the game is a wonder to traverse. Each meticulously crafted stage brims with secrets to uncover and well-designed enemies to fight. The challenge lies in the sheer number of enemies the game throws at you, even on lower difficulties, yet the action is fluid enough that the hordes never become a chore to mow down. While the controls are simple enough, mastery of them takes time, yet is oh-so-rewarding when it finally clicks. As you learn to link combos and parry attacks, the combat opens up in profound ways that will see you testing the limits of your power. I found the button inputs could be imprecise at times, not quite registering all my movements. It wasn’t just an issue with the analogue stick, as the same problem affects the D-pad, if not as frequently. It’s a minor yet niggling flaw as the action remains invigorating.

Okinawa Rush is, simply put, a superbly designed game. With its gorgeous pixel art, detailed world, and action-packed gameplay, Rush takes its simple premise and executes it to brilliant result. Its world is teeming with secrets to uncover, although the very hands-off approach to detailing some of the game’s less obvious mechanics means these secrets can become punishingly difficult to find. Nevertheless, Okinawa Rush combines an exciting gameplay loop with intricate design for a truly rewarding experience.

Okinawa Rush blends rewarding action gameplay with rich and detailed graphics to worthy effect. The gorgeous pixel art breathes life into a vibrant world with plenty of hidden content that will have you rushing through again and again.