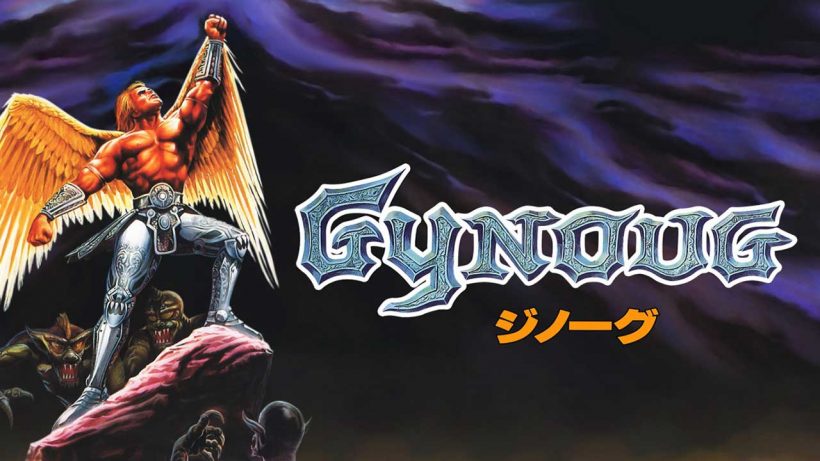 Side-scrolling shooters are a staple of arcades worldwide, and in the 90s, when I was growing up, they were making their way to home consoles. These games were tough as nails to beat, requiring you to master attack patterns in a single life or forfeit your hard-earned cash for a chance to try again after a minor enemy wasted you with a stray bullet. Gynoug brings that classic arcade difficulty onto the Switch and pulls you in with its grotesque visuals and complete lack of story, but the authenticity of the experience won’t appeal to everyone.

Gynoug is a Sega Genesis title that came to the Wii U virtual console in 2008. Now, like many Wii U titles, it’s made the leap to Nintendo Switch, and it’s a decent addition to the selection of side-scrolling shooters the console has to offer. You play as a warrior angel fighting the demons of Iccus as they attempt to destroy heaven. However, you could make anything up and it would probably fit with everything that happens on-screen, as long as it involves colossal abominations.

Each level sees you fight against hordes of demons while collecting power-ups. These give you new magical shots to use and allow you to pick up more lives until you hit a wall of enemies towards the end of the level. This signifies that a boss is coming, and the real fight is about to begin. Each boss feels unique, but in classic side-scrolling shooter style, they’re just big bullet sponges with a fancy look to them.

The screen moves from left to right and you need to shoot everything that comes from the right and tries to kill you. Some enemies fire projectiles, others fly at you in an attempt to bash you out of the sky, and there are many more that fire from fixed positions, drop from the ceiling, or rise from the floor. I really enjoyed the enemy variety, particularly because the game is so old, with more monsters to kill than many modern day shooters throw at you.

Unfortunately, the soundtrack hasn’t survived the porting process as well as the gameplay. The music is dull and dated, and the sounds your bullets make on armour are enough to make you want to rip your ears off and become a demon of Iccus. However, it’s the visuals and gameplay that save Gynoug.

You can play the game in either its original aspect ratio or change it to fill the Switch’s screen. I played it on the OLED Model and the deep greens and browns really did pop. This helps you move around the screen, dodging shots and enemies to pick up power-ups and health. There’s also a handy rewind function attached to L which you can use to pull yourself back from death and fight again. For most people, myself included, this is the only way to get through a 90s side-scrolling shooter.

I remember looking at the art style in games like this growing up and being physically revolted by them. Each monster looks like a cross between a medieval vision of a demon crossed with a hyper-futuristic cyborg that’s hell-bent on ripping your heart out and adding it to the collection around its neck. It’s a style that’s meant to offend and provoke a response, and for it to stand up today says something about its quality. This is how the game feels throughout, but there’s no doubt that it also wears its age on its sleeve.

Gynoug is a classic side-scrolling shooter that has only been improved upon with its move to the Switch. However, its unaltered style and gameplay mean that it won’t appeal to everyone, despite some concessions for accessibility.