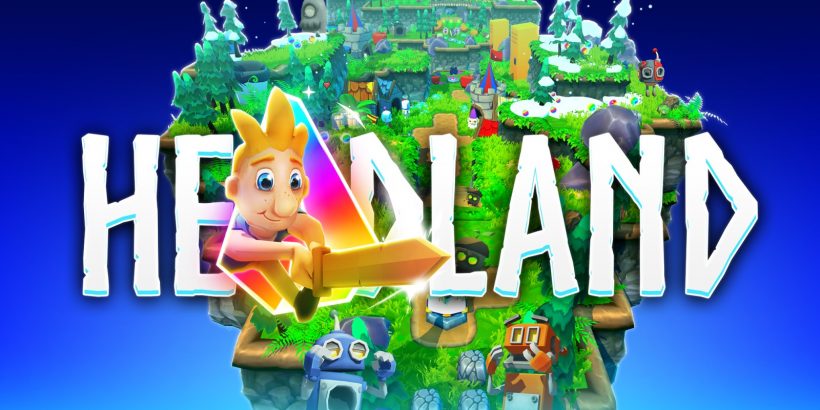 More and more these days we’re seeing different kinds of games experimenting with storytelling. For some titles this is a given, the narrative baked into the core experience of the game, but for others, it feels like an exciting bonus. At first glance, Headland wouldn’t seem like the type of game to offer up such an experience. However, in its deeper understanding of the pains of growing up, Headland does just that and more besides. In fact, Headland is a game that both surprised and entertained me in an equal manner and is a prime example that games can make the transition from mobile to console and still feel like a fully formed experience. Indeed, this Switch release might just be the perfect way to play this solidly designed title.

Headland sees you take on the role of Nor, a child with a penchant for imagination, as he looks to save a world under threat. It’s a simple tale of good versus evil with a satisfying deeper meaning layered underneath. In typical action-adventure fashion, you fight your way through the world, partaking in some genuinely tough battles. At times this feels more a case of quantity over quality, as the sheer number of enemies making a beeline for you can feel overwhelming. However the game’s fighting and dodging mechanics ensure there is a genuine level of tactics to proceedings. Even with the more powerful upgrades, charging headfirst into battle isn’t always the smartest idea, so different approaches must be considered.

The journey you take in Headland is a short one, but one that’s packed with content, nonetheless. That may sound like something of a contradiction, but Headland prides itself on telling a succinct story. The game is packed with secrets to find and items to unlock, yet these are supplementary to the main experience rather than a crucial element. Playing through Headland may only take you a few hours, but they’re hours well spent, and the length is well suited to the pick-up-and-play nature of its levels. I’ve often found games that are too short don’t have time to properly expand upon the mechanics and ideas they aim to convey, but by keeping things simple, Headland avoids these trappings. Having started life as a mobile game, this was no doubt in an effort to keep things friendly with a limited interface, but the port really has been executed well. Combat feels swift and effective, the different weapons available to you to unlock providing meaningful upgrades to strength and speed, and traversing Headland’s world is a treat.

The presentation goes beyond what you might expect and, although environments can start to feel repetitive, real care has been taken to try to make each area feel unique. Little details sprinkled into each level prevent things from feeling mundane, while reinforcing the idea that this is all taking place inside a child’s imagination. Really that’s one of Headland’s greatest strengths, as the premise allows the game to be more creative. Through both the world and character design, you really do feel the effect of this kid on every aspect of the game. Enemies range from cute to downright terrifying, while the inhabitants of Headland are as zany as you’d expect. It’s a realisation of the downright bonkers complexities of a child’s imagination, and it’s great to see the developers take the idea and run with it. The game feels bright and bubbly despite its darker undertones, and it’s a true joy to experience something with so much charm and colour to it, only made more effective if you’re playing on an OLED model Switch.

If there’s one place Headland falters, it’s in the performance. This isn’t noticeable to the point that it makes the game unplayable, but you can see the seams start to appear. What’s more, the performance issues aren’t consistently limited to the more obvious moments. At times, when lots of enemies are on screen, the frame rate takes an obvious dive. However, facing a similar scenario later on, things run buttery smooth. Likewise, I could find myself wandering through an empty stretch and all of a sudden take that same frame hit. None of this really affected my enjoyment of the game, however, being neither consistent nor prolonged enough to cause any real issues.

It’s safe to say there’s still a stigma attached to Switch ports of mobile games, or indeed, mobile games in general. It’s something I’ve been guilty of myself. However, I’d argue Headland is a brilliant case study on how to execute a mobile port on Switch, as the care taken is apparent throughout. With a refreshingly short runtime that doesn’t prevent its ideas and mechanics from shining through, Headland further makes a case for the gratifying experience of shorter games that know what they want to be.  This game highlights the importance of imagination, which is something I’d highly encourage you keep in mind when making your deliberations, as the game’s simple but cutesy looks hide a truly satisfying experience.

With its imaginative premise and simple gameplay design, Headland is an enjoyable title for all. Some performance flaws aside, this is a brilliant example of how to bring a game from mobile to Switch, for an arguably improved experience.