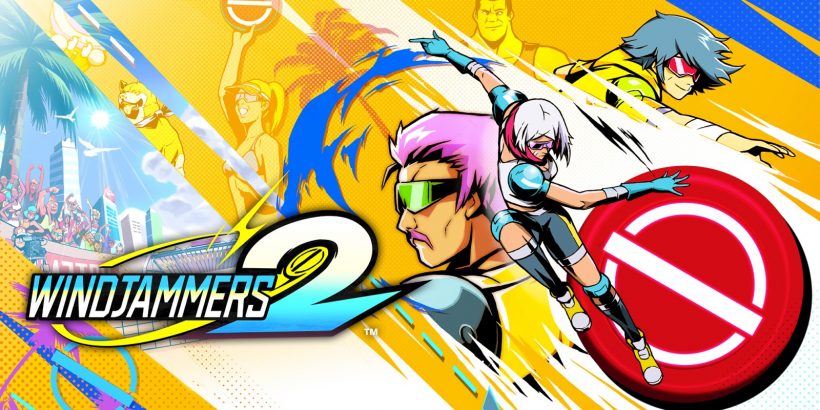 When imagining a list of potential video-game revivals, Windjammers is one that’s probably fairly low down for most people. The original, a sports arcade game on the Neo Geo, is considered by some to be a cult classic. But it’s about as niche as it gets, playing like a wacky game of pong where two characters shoot a disc at each other to win.

The history of it is rather interesting though. It sold just over 4,000 copies in its first week back in 1994. Two decades later, games website Giant Bomb highlighted it with various awards, then the following year it appeared at EVO, the annual fighting game championship. And after developers DotEmu approached the company who owned the Windjammers IP, a chance to build a second game was born.

Sadly, with a title this niche, you can sometimes fall short by simply failing to reach an audience. And Windjammers 2 is definitely still niche – it’s tough to get into at first, and the concept isn’t exactly one many gamers are tripping over themselves to experience. However, the presentation goes a long way towards selling this faithful re-imagining.

Hand-drawn 2D graphics, similar to DotEmu’s work on Streets of Rage 4, make Windjammers 2 a bright, bold, and exciting game to look at. It’s very stylised and nails that vibrant, old-school look. The characters really pop out of the environments. Even the audience placed around the arena is well-designed — though you’ll probably want to keep your eyes on the disc, as this game can be pretty unforgiving.

There’s a steep learning curve in Windjammers 2, enhanced by a lack of tutorials or practice mode. A simple “How to Play” option essentially shows you a PowerPoint presentation with which buttons to press. This doesn’t really help you learn the game as there’s too much to take in at once. The best way to learn is by playing, but if you’re unfamiliar with the original you’ll get pushed around at first.

Once you do get used to it, Windjammers is a blast to play. It might take a few tries before it “clicks”, but when it does this game quickly becomes a lot more enjoyable. It’s got that “one more go” factor that all competitive games should strive for. Whether you’re playing online, clashing against friends or taking on Arcade mode, there’s a lot to appreciate about the gameplay.

As I mentioned, Windjammers plays like a souped-up game of Pong. You’re bouncing a disc back and forth, earning points by scoring behind your opponent. You can unleash special attacks after charging up, jump to catch the disc in mid-air or curve it in different directions. It’s all about quick reactions and finding ways to sneak the disc past your opponent. When matches heat up and you’re constantly countering each other’s plays, this game is an absolute treat.

Arcade mode is a fun challenge, but jumping in at the medium difficulty made me rethink my gaming abilities at first. After beating it on easy, I found it more manageable having learnt the tricks you can pull off. If you’re a solo player Arcade mode will satisfy you for a while, but it’s not exactly the most fully-featured experience. Street Fighter-style minigames break up the action and there are different stages and characters to try. Outside of that and the basic Versus mode, the only other real content is the online multiplayer.

I wish I could talk about the online in-depth, but on Switch I had trouble finding quick matches – so much so that I had no choice but to jump straight into ranked. This wasn’t so bad because I typically matched against people of a similar skill level. Regardless, it’s a shame the game’s population has already resulted in one of two modes becoming obsolete. When you find a game, it can be great fun – if the ping co-operates. I just hope the player-base holds up in the long run.

Another notable point is the roster. It’s got a few new additions, but it’s still a small roster with eleven characters in total. They all have unique specials, but other than that it’s mainly just a matter of how much they focus on power or speed. Some special moves are easily countered, others are a lot trickier. Some perform better on certain stages, so there is a tactical element to choosing them. Aside from that, there isn’t too much to differentiate some of them. And despite having a cast of characters from different countries, the roster could have used a bit more diversity.

Windjammers 2 would also benefit from giving players more to do. Something like unlockable characters or stages, or simply offering extra modes to play. If you love the gameplay loop, or you’ve got friends to play it with, you’ll like Windjammers 2. But a more fully-featured package could pull people in for longer and make this title more complete.

Whether you agree with those criticisms or not, Windjammers 2 is undeniably well-made. The core gameplay is solid, and the music is pretty great too. The animations and art are drenched in retro style, but feel fresh and joyful at the same time. I just wish there was a bit more to it.

Windjammers 2 is addictive, vibrant, and intense. With gameplay as fun as this you’d be hard pressed not to enjoy it to some degree, but the lack of tutorials and the rather limited modes hold it back a little.