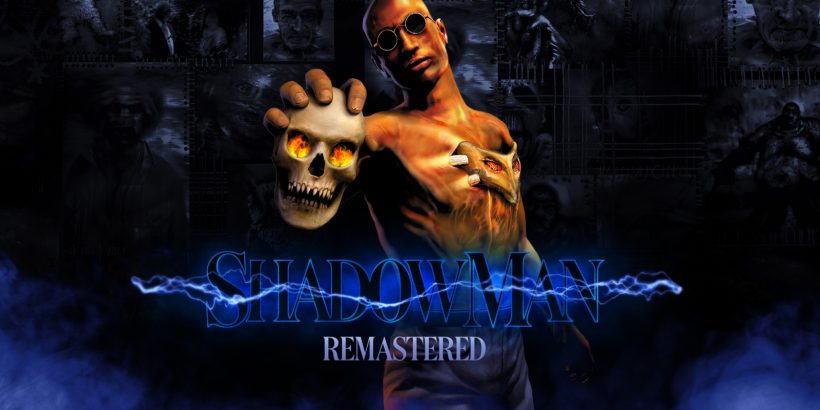 Video game remasters—of which there are many on Nintendo Switch—are always a tricky thing to review. Do you speak about the enhanced visual upgrades, fresh content additions, or treat the title as if it is a totally new game that somebody might not have played before? I guess it’s a good sign, then, that for Shadow Man Remastered the answer seems to be all three. Not only because it’s a solid, surprisingly atmospheric action adventure from the Nintendo 64 era in its own right, but also seeing as developer Nightdive Studios has done an excellent job in polishing up the experience for the modern era. It’s finally time for this 1999 cult classic to step out of the shadows.

There’s no denying how cool the idea behind Shadow Man Remastered actually is. You play as the titular hero, being the latest in a long line of voodoo warriors given supernatural powers and the ability to walk between realms, all in the effort to keep the demonic forces threatening Earth at bay. As far as premises for stories go, it’s pretty out there. The fact that it still feels as fresh as it first did two decades ago speaks to how starved we are today for genuinely intriguing setups. I mean, the entire inciting incident revolves around Jack the Ripper (yes that one) performing a spiritual sacrifice. True, the Shadow Man IP may have first been forged in comic books, but it’s also a concept that lends itself expertly to a video game.

When you’re not hunting down the dark souls needed to make player character Michael LeRoi even more of a mahogany-voiced badass, a lot of your time is spent dipping in and out of a variety of different settings. Events start off very standard in Louisiana, but before long you’re visiting dead-infested wastelands, temples of fire, and a scantily lit asylum full of inmates for you to jump into. In all honesty, it can be a lot to take in and keep track of, but keeping you moving through such barmy realms is the promise of not knowing where you might be required to venture next.

You’d think that with such distinct level variety Shadow Man Remastered would be a relatively breezy trip. However, this being a late Nintendo 64 game, the entire adventure is almost entirely unguided—to the point that new players might fare best using a walkthrough. Most environments are incredibly windy, folding back in on themselves and offering shortcuts aimed at getting you where you need to be fast. In the absence of a mini-map and strict objectives, though, this is a remaster that can still feel archaic, and almost like it’s working against you at times. This goes doubly so for the puzzles, where a lot of experimentation is required.

For the lack of direction Shadow Man Remastered provides, odds are you’ll be willing to persist due to all the crazy twists and turns the narrative takes. Honestly, my feeling is that this is something that could have been addressed by Nightdive during the remaster process, especially since the team has done a stellar job elsewhere. The graphics, for instance, simultaneously manage to stay true to the original’s polygonal aesthetic and be shined up to a much clearer degree. Any blurred textures seen in environments before are now mostly scrubbed away, and the retooled lighting works wonders with shadows and illumination to help better set a creepy atmosphere.

If you needed more proof about Nightdive’s commitment to making this version of Shadow Man the best ever, it’s also worth noting how previously cut content has been re-inserted. The first time you notice this happens fairly early on when you’re exploring the asylum. Whereas before, the tram needed to progress would only take you to one level, now it features two levers to let you visit a never-before-released environment in the experimentation rooms. To newcomers visiting, the space will feel organic, but features like this make Remastered well worth a return trip for existing fans. From additional weapons to fresh enemy types, there are plenty of new secrets layered for you to discover.

Shadow Man Remastered also handles far better than the Nintendo 64 original ever did. Auto targeting is there for people who want it, and the inclusion of a weapon wheel makes equipping your left and right hands with either pistol, shotgun, or any supernatural instrument of your choosing extremely easy. Again, modern inclusions like this make it a true wonder why more wasn’t done to better guide you through the levels, which would go some way to making exploration less frustrating or obtuse.

Lack of guidance aside, Shadow Man Remastered is one of the finest updates to an existing game we’ve seen on Nintendo Switch yet. It retains the spooky spirit and atmospheric vibes of the 1999 original while making several other quality-of-life improvements that make this cult classic (mostly) more approachable for a 21st century audience. If you missed out on this gem back when it originally launched or were put off for fear of its age, this is absolutely the best way to play.

Shadow Man Remastered isn’t perfect from a pure design perspective, but those with a fondness for the original and newcomers who have always been curious will find an expertly overhauled package. Play it with a guide and you’re in for a good time.