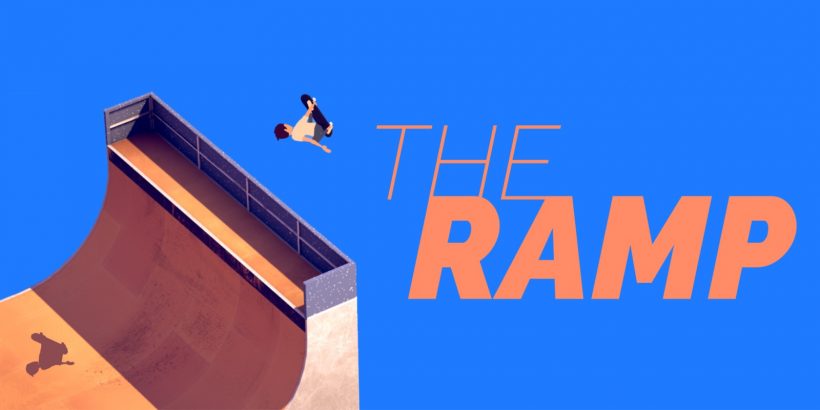 A game designed for skateboard lovers, by skateboard lovers, The Ramp is a minimal skating game that is said to offer a satisfying and unique gaming experience with no “extra gaming fluff.” That’s right, this is a game that openly admits that there isn’t much to it – and it’s sad.

The Ramp was created by a singular guy and is described as more of a “digital toy” as opposed to a fully-fledged game, and that’s simply due to its lack of content. With only four different ramps to skate on; your standard half-pipe, an empty pool, a long ramp, and finally, a more professional-looking park circuit. That is the extent of the content in the game. There are no time restrictions, no missions or objectives, and more bizarrely, no scoring system.

It would have been nice for the game to have implemented something for players to work towards; even little achievements that can be unlocked by doing certain tricks would have been enough to keep me playing. But, there is none of that – and it’s incredibly disappointing.

The only objective in The Ramp is simply to skate to your heart’s content. Of course, you are able to perform various tricks as you’re skating through which are done by tilting the right stick whilst also pressing A to speed up. It’s a simple premise but actually mastering certain tricks is quite a task, due to the need to get an accurate stick movement each time.

The whole game is rather simple; simple mechanics, simple controls, and a simple art style. It does provide a pleasant, relaxing experience, but it is extremely short-lived. There’s no outcome. No end goal, and because of this, it all feels rather pointless.

That being said, the physics in The Ramp are pretty realistic. The game almost wants you to fall at some points in order to get that realistic ‘get back up and try again’ feeling. The board, and your character, have a weighty feel whilst moving or in the air, and the fluid movements your character makes whilst doing a trick are quite satisfying.

The game features a pleasant-looking low-poly art style that isn’t mind-blowing, but nice enough to look at. The colours are vibrant and pleasing to the eyes and even though each ‘level’ is very similar to the last, they’re still well laid out. The experience is complemented by an instrumental hip-hop beat that unfortunately becomes rather annoying as it’s extremely repetitive.

Sadly, I found myself bored of the game within ten minutes and I didn’t feel myself wanting to pick it back up again. I did, begrudgingly – and I can see why this would appeal to some people; the easy to pick-up-and-play gameplay, the light-hearted-no-pressure experience, but that just isn’t for me. I like a game that will encourage me to continue, to keep me guessing and wanting more and this just isn’t that.

Maybe I would feel differently about The Ramp if I was a skater myself, but I simply didn’t make any connection with it. A points or achievement system would have made the experience more enjoyable, otherwise, this game feels like a wipeout.

It’s hard to recommend The Ramp simply because of how little it has to offer. It is pretty cheap but there are so many better skating games out there that will keep you entertained for a lot longer.