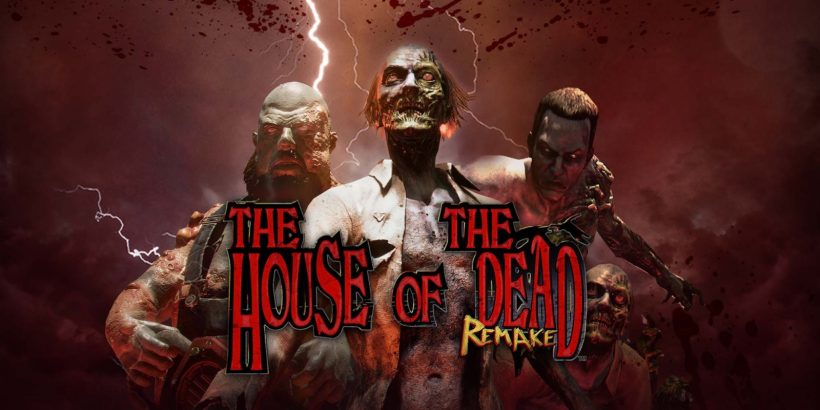 Bringing back a classic franchise is no easy task. After all, we have been witnessing a constant evolution in gaming that feels like it’s happening on a daily basis. It is easier to notice these changes in the graphics department, but it goes way beyond that. Mechanics are constantly improved, whilst old-school tropes are subverted or even ditched in favor of something that makes more sense to modern audiences. Heck! Whole genres are completely changed in order to deliver a more interesting experience to players. Yet, some developers like Forever Entertainment task themselves with the objective of revitalizing classic games, such as they have before with Panzer Dragoon and have done so again with The House of the Dead.

Relishing in a fresh coat of paint, this remake includes improvements to visuals and mechanics, as well as the inclusion of a few quality-of-life tweaks and new game modes. Considering how we rarely see rail shooter games in modern times, The House of the Dead: Remake instantly stands out as a great representative of the genre. Unfortunately, due to the game’s limited scope and performance, it is not a release that you could go into completely blindly.

First off, despite the different difficulty options, game modes, and accessibility tweaks available in The House of the Dead: Remake, it must be said that this is still a somewhat faithful recreation of the classic 1996 arcade game. This means that you are taking to the TV (or to the handheld) a very short game, whose main focus was once to entice you to part with all your precious coins. The possibility of trading your score for additional credits (as well as the new difficulty options) turns this Remake into a beatable version of that hard-as-nail classic rail shooter. However, it doesn’t change the fact that this is still a game where the enjoyment comes from learning the ins and outs of the short campaign, in an effort to make the most of your limited credits and resources.

Story-wise The House of the Dead features a 30-minute long campaign that is completely focused on your incursion into the… well, house of the dead; a mansion-turned-laboratory, where the mad Dr. Curien has been experimenting with bizarre body mutations, demonic creatures, and weird mechanical cyborgs. As a special member of a government agency, you are tasked with the mission of stopping Curien and his creations, while doing your best to rescue the surviving scientists trapped inside.

In order to succeed in each run, you need not only to master your aiming and firing skills but also to learn the specificities of each enemy. The latter is an enjoyable process of trial-and-error, wherein you need to watch carefully to see how enemies will react when you shoot at each specific region. Now, the aiming aspect of The House of the Dead is a bit more complex, because you actually have multiple control options available, but unfortunately, not a single one of them feels or plays as perfectly as you would expect from a “light gun” type of game.

With classic and gyro control options that work both for the TV and handheld modes, The House of the Dead does offer lots of customization. You can choose to play it with the analog sticks (as if it were a more standard first-person shooter), or with gyro aiming, which is the closest option to the light gun you would use in the classic arcades. However, being closest is not enough when you consider the high precision that the harder parts of The House of the Dead requires. You can mess a bit with the game options, turning on aim assist, or changing the sensitivity, but it will never really deliver the same experience.

The fact that The House of the Dead: Remake feels like a different game when compared with its original arcade version goes over well in other areas though. When it comes to graphics, for example, you can really appreciate how the entire mansion blooms with new details everywhere. Performance-wise, though, there’s a little caveat. The game offers a performance option that locks the game at 60 frames-per-second, but that comes at the cost of resolution and detail. Without the performance option, The House of the Dead offers crispy graphics, but it has a variable FPS, which hurts the action-oriented experience.

After you get used to your preferable graphic and control options, The House of the Dead actually delivers a worthwhile – yet, very brief – experience. The inclusion of a new Horde Mode (which basically populates the scenarios with more enemies) as well as the possibility of unlocking new weapons, and replaying the campaign with the company of a second player really helps to add some replay value to this game. If you miss the classic arcade experience, this game may be a good option for spending a few hours brainlessly shooting some moving targets.

Converting the classic The House of the Dead experience from the arcades has resulted in a short game with not-so-ideal controls. However, the high replay value may be more than enough to satisfy starving fans of the rail shooter genre.