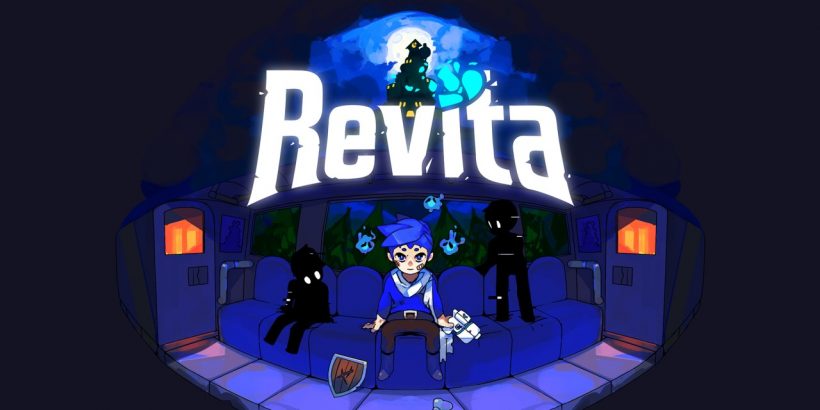 Roguelite games have become a popular genre within the gaming community, with the likes of Hades and Dead Cells among some of the best you can find on the Nintendo eShop. Because of this, it’s hard for new games to share the limelight. The new twin-stick roguelite, Revita, won’t feature alongside those chosen few, but it certainly gives it a good try.

Your health bar has always been a very sacred thing in video games. Revita is the only game I have ever played where I truly had to manage my health, and I don’t just mean look after it, I mean manage it.

As is the case with most roguelite games, players in Revita will spend a good part of their time dying, respawning, purchasing upgrades, and restarting again. Where this differs is in how the player purchases or upgrades anything within the tower – the area where you spend most of your time. You use health points as currency in order to buy items from shops, open chests, and even use shrines abilities. This means not only do you need to make sure you have enough health points to survive the next enemy encounter, you’re also going to need to keep some health back for future upgrades and/or purchases.

On top of this unique premise is another interesting feature. Defeating enemies will allow the player to collect souls that have dropped and will fill a bar underneath your health. When this bar is full, you can use the Y button to restore some of your lost health or even create extra health slots, giving a bit of balance to the challenging gameplay.

The story is a simple one; set in a once-flourishing underground subway line, an unnamed boy awakens with no memory of who he is or why he is there (that old trick.) He only possesses a vague sense of purpose to reach a distant clocktower, hoping there will be answers at the top. Of course, you won’t be alone in this clocktower, with many interesting characters and enemies to find along the way. It’s not a narrative that is going to get you hooked, but it is enough to fill the purpose of the game.

Avid players of roguelite games will recognize the formula within Revita, with a tough boss battle meeting you at the end of each level – of which there are eight in total. What I liked about this game’s bosses though, is that they represent a part of ourselves that we may not like to see; Denial, Anger, and even Depression will try to best you – and you can’t let them.

What I found to be most challenging was getting used to Revita’s odd control scheme. This game only uses conventional controller buttons when interacting with something (or someone) or to restore your health. This is a twin-stick, meaning that the left stick will control your character’s movements whilst the right will control where your character aims. You jump with the L button, shoot with ZR and dash with ZL.

Revita is presented with a dark and moody pixelated art style. It fits alongside the well-designed character sprites, detailed backgrounds, and brilliant level design. The same can be said about its soundtrack too, with each floor having its own musical theme.

Revita is a tough game, but it is worth the battle.

Overall, Revita is a fun and challenging twin-stick roguelite game that offers players some different and exciting gameplay features to learn and master. There are better roguelites out there, but why not try them all?