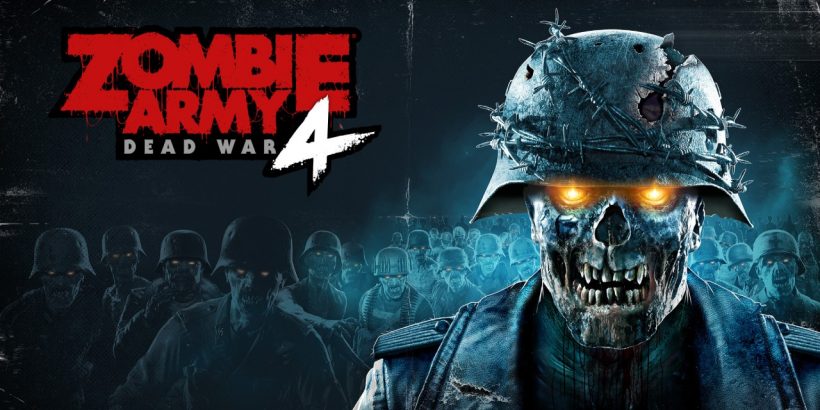 “They don’t call me ‘elite’ for nothing” proclaimed my sharpshooter, Karl, as I racked up a x76 multiplier combo by unleashing round after round on hordes of the undead. This subtle reference to the Sniper Elite series is where we begin, as it should play a significant role in convincing you that Zombie Army 4: Dead War shouldn’t be dismissed as just another zombie shooter.

With that in mind, it’s important to preface this by saying it is just another zombie shooter. By and large, you are going to spend large proportions of the game shooting at waves of zombies as they swarm towards you at varying levels of speed. Thankfully, there’s a little more to it and it just so happens to be a very good zombie shooter that has benefitted greatly from games that have come before it.

Rebellion, the development team behind the relatively recent Zombie Army franchise, has an impressive back catalogue featuring the likes of Alien vs Predator and Tom Clancy’s Rainbow Six. Most notable, of late, is the much-revered Sniper Elite franchise that Zombie Army 4 is considered a spin-off series of. Its DNA is clear throughout, from the overt examples such as the x-ray mechanic that shines in all its ball-busting glory to the more subtle character quotes, UI design, and moment-to-moment gameplay.

This third-person shooter opens after the events of the previous trilogy of games, setting the scene in 1946 – a year after Adolf Hitler was banished beyond the gates of hell. Zombies continue to ravage the planet, and you are dropped into Milan. You make your way through Italy and surrounding locales, all of which are varied both in their level and mission design. The story is told through a couple of excellent set-pieces and some standard opening mission dialogue. It works well and allows players to get to the real meat of the game whilst also remaining relatively invested in the plot.

There is an argument to say that the storytelling and mission structure is a little dated, especially when considering that the game is more resemblant of the linearity found in earlier Sniper Elite games. That being said, Zombie Army 4 manages to maintain a breadth and depth to its levels which complements what is, for the most part, a horde shooter. Rebellion have successfully achieved this through several additional mechanics and collectables which encourage exploration.

One of the standout elements is the ranking system. Sharing similarities to many shooters both recent and retro, progressing through the ranks of Zombie Army 4 is achieved by completing challenges, building high scores, and advancing the story. It’s all generic for games of this kind, but there’s enough pop to it all to get that Dopamine fix. Successfully building a combo multiplier and seeing your high score rise, coupled with the XP update screen at the end of a level, works wonders. I am also a big fan of the Records section found within the menus: there’s a digital sticker album whereby you are given stickers based on your in-game achievements, and a set of collectibles that add additional lore to what is already an interesting plot – especially considering its zombie-focused gameplay.

When all is said and done, it is ultimately the gameplay that will keep players fending off the undead and it is clear that Rebellion continues to hone its craft. There are occasions where character movement and aiming can feel a little cumbersome – particularly with very large crowds or fast-moving enemies. The AI also lacks finesse with enemies not always responding to being shot whilst mid-action, and hordes only climbing some obstacles meaning immersion is occasionally lacking. These are small nit-picks in what is, overall, a sharpshooter that is an absolute joy to play. The enemy variety and excellent boss battles keep it fresh, and there are clever design choices in other key areas.

Sound design is one such area that Rebellion has nailed. Atmospheric undertones are everywhere, with occasional musical pieces accompanying the on-screen action as well. The sound cues are also well placed, with some serving as hints that there are enemies out of sight affecting your progress.

Invariably, the fifth year of the Nintendo Switch’s lifecycle means that concerns over 3rd party ports continue to gain traction. There is absolutely no cause for alarm here, though. Zombie Army 4 is an excellent port that looks, feels, and sounds fantastic in both docked and handheld mode. It feels more comfortable playing on a TV, mainly due to the aiming and controlling clunkiness which is easier to navigate with a Pro Controller.

Zombie Army 4 comes highly recommended. It’s a compelling package featuring both a lengthy but well-paced campaign, an additional horde mode, and paid DLC and seasonal content. All of it can be played with up to 4 players either locally or online and, whilst it’s very much dependent on the quality of your internet connection, the online play ensures that you enjoy the game long after the credits roll.

Rebellion have done a commendable job of remaining true to all that makes for a decent zombie horde shooter whilst also ensuring that Zombie Army 4 delivers an enjoyable and engaging game either alone or with friends.