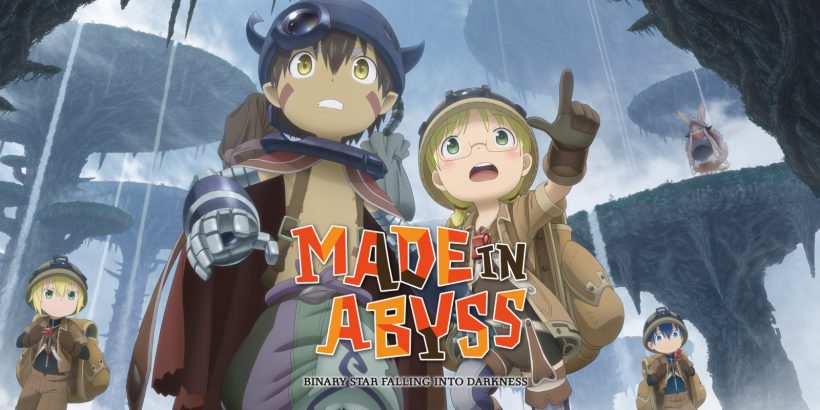 Based on the anime of the same name, Made in Abyss: Binary Star Falling into Darkness is a video game tie-in to a popular Japanese anime offering cutesy graphics and explora-craft gameplay. Whilst not familiar with the source material, I was intrigued by the premise and blend of genres. I intentionally use the past tense, as it is fair to say that my time with Made in Abyss has been disappointing. Marred by bugs, crashes, framerate drops, and a general sense that the ambition of this game hasn’t been fully realised at all, Made in Abyss fails in its attempts to garner a fresh audience, and would arguably disappoint the loyal fan base too.

In the first of many missteps, the two game options on offer are ‘Hello Abyss’ and ‘Deep in Abyss’. You have to play through the former in order to access the latter, and ‘Hello Abyss’ is a bloated and cumbersome tutorial of sorts that can last up to five hours. It does well to introduce the anime, and both the cutscenes and voice acting do a stellar job of showcasing the story. You are then tasked with a series of quests in which you enter the abyss and delve into its layers to obtain treasure, defeat enemies…you get the idea.

My biggest gripe with this opening sequence is that it isn’t much fun. Combat feels stilted and stifled, movement doesn’t fare much better, and the UI isn’t intuitive enough to encourage experimentation or reactive play. There’s a lack of atmosphere outside of the anime sequences, and a lot could have been done to circumvent this. The combat is the biggest disappointment, however.

You need to fight a variety of different animals to gather resources and such. They all move in predictably unpredictable ways. Early combat will have you fighting small animals, and each group has the same pre-attack movement which feels very forced. It should make hitting them with your axe very easy, but the way your character moves means it quickly becomes an annoyance rather than an engaging combat sequence.

Then, you manoeuvre through the abyss, descending into its depths in search of portals to take you further in. The early shine of the visuals wears off, and you are left with half-baked ideas and a gameplay mechanic that is more of an irritation than an innovation. If you attempt to ascend the abyss rather than descend, you become unwell. Without appropriate navigation aids, this can be a common occurrence and gets old rather quickly.

That’s the first five hours, and the gameplay in the more open and player-directed ‘Deep in Abyss’ mode fares better. The core concerns still exist, but creating your own adventure is fairly entertaining. Unfortunately, the damage is already done when, or if, you get there. There are far too many games out there for this one to warrant such tedium en route to mediocrity.

There is definite potential both in the IP and the gameplay that’s been inspired by it, but unfortunately, it’s a case of offering a lot but not delivering any of it very well. There’s a distinct lack of quality that emanates through all of it, and many will fall off before the first five hours is up.

Made in Abyss: Binary Star Falling into Darkness £44.99

As cumbersome as the name that precedes it, Made in Abyss: Binary Star Falling into Darkness has grand ideas that it just can’t live up to. It’s a genuine shame, but I can’t give this a strong recommendation.