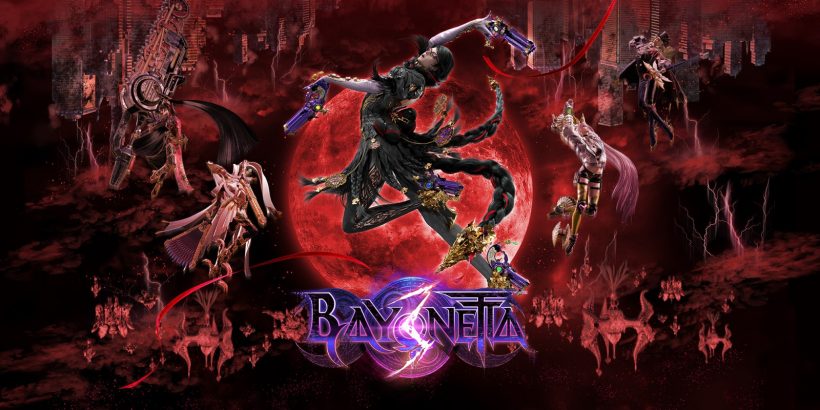 If there’s one thing you can say with certainty about the Bayonetta series, it’s that it’s never had it easy.

From a niche multiplatform first installment to a sequel that has only seen the light of the day thanks to Nintendo’s investment (incidentally released on the equally-niche Wii U, of all consoles), the Bayonetta series had a somewhat rocky start but has managed to grab a loyal legion of fans nevertheless. Fans that have been bewitched by the game’s incomparable over-the-top action gameplay, the enormous level of creativity for epic set pieces, and, of course, Bayonetta’s sparky personality.

For a while, it seemed that things wouldn’t be much different with the third game. Despite being announced way back in 2017, during The Game Awards, it would take almost five years for the game to be released. Considering Platinum’s silence during all that time, some players even thought the game was cancelled. As if that wasn’t enough, a few weeks prior to the game’s release, Bayonetta 3 also had to deal with a sequence of controversies concerning Bayonetta’s previous voice actress. With such a plethora of unfortunate events, would Bayonetta 3 have enough firepower to overcome these problems and become a sequel worthy of our time and attention? Well… the short answer is HELL YES!

Bayonetta with an ‘s’ at the end

Instead of directly following the narrative from the previous games, Bayonetta 3 goes (almost literally) for an out-of-bounds premise. This time, Bayonetta finds herself in a conflict of multidimensional proportions that starts when the Homunculi (a new type of man-made enemy) launches an all-out attack on every single plane of existence. With the objective of finding a certain MacGuffin that will allow passage to the Alphaverse, Bayonetta, Jeanne, and the newly-introduced Viola all fight their way across hordes of enemies in an attempt to save the remaining universes.

When taking into consideration everything that happens during the 15-hour-long campaign of Bayonetta 3, you could easily say that this multidimensional premise works as a kind of double-edged blade. On one side, being able to quickly jump from extremely different universes allows Bayonetta 3 to go bonkers when it comes to visuals, set pieces, and the sheer creativity of every single moment-to-moment battle. As you go from place to place, you will also meet different versions of Bayonetta — each with their own distinctive looks, weapons, and demonic friends. In that sense, Bayonetta 3 is a game that isn’t afraid to play with a crazy concept for a couple of minutes, only to throw it away in favour of an even crazier idea.

Unfortunately, though, that comes with an undesirable side-effect. At times, Bayonetta 3 doesn’t feel like a completely cohesive experience. You see, while certain moments are extremely exhilarating, with stunning set pieces that will have you on the edge of your seat; other times, it feels much less refined, with lacking visuals, and some weirdly clunky gameplay choices. From a narrative standpoint, too, Bayonetta 3 feels at times like an amalgamation of smaller narratives simply thrown together, using the multi-dimension idea as nothing more than a good excuse for going all over the place.

To its advantage, Bayonetta 3 is so frequently playing with its over-the-top ideas that these down moments are brief and sparse. If you wish, you can think of Bayonetta 3 as one of the wildest amusement park rides you will ever experience — a wild ride that will leave you breathless, even if you have to go through some slower moments at times. While the narrative can have some weird developments for certain characters (I’ve seen some long-time fans getting particularly annoyed with certain end-game events), the new character additions are extremely welcoming. Viola, in particular, offers very different pacing both when it comes to her personality and gameplay, which helps to spice up the overall experience.

Be the Bayo you want to be

If there’s one area where Bayonetta 3 excels with very few concessions being made, it’s in the gameplay department. In this regard, it is very hard to think about any other character action game on Switch that comes even close to the Bayonetta series in terms of gameplay, slick controls, and creativity — and this third game goes one step beyond in allowing the player to express themselves with a myriad of huge combos, different weapons, and massive summons.

From the get-go, controlling Bayonetta, Viola or Jeanne is already pleasurable by itself, because each of them has their own unique array of attacks, combos, and special moves. Light attacks, heavy attacks, gun shooting, jumps, and dashes are just a few of the many options that you can combine in different ways to transform the combat into an (almost literal) lethal dance, where it’s extremely rewarding to learn how to dominate your enemies, becoming better and better as you progress. Each character has their own skill tree, with a multitude of elaborate moves that can be added to the deep combat system.

As the star of the show, Bayonetta has even more options to play with. As you progress and meet new Bayonettas from different multiverses, you will unlock a huge number of weapons and summons that you can equip and combine to your heart’s content. Much more elaborate than previous games, each weapon has its own unique move set and skill tree and even modifies the way Bayonetta walks, runs, and jumps through maps. It is staggering to see how many options the game offers you, especially when you notice how most weapons play in entirely different ways — your trusty guns, for example, feel like a more balanced and basic option; the club-like G-Pillar, on the other hand, is a slower heavy-hitter, which can be particularly good against big enemies.

Another extremely appealing aspect of Bayonetta 3’s combat lies in the new summon system. During almost every single combat instance, you can hold LT to summon one of three equipped demons. Each of these gargantuan creatures comes with its own combo system, which can be used to wreak havoc against the hugest hordes or biggest bosses in the game. The tricky part of that summon system lies in the fact that Bayonetta stays mostly vulnerable while controlling these demons, so learning the ideal moment to use them adds a welcoming layer of depth to the combat. Despite not having the same amount of customization as Bayonetta, Viola also has her own summon, which plays in an entirely unique manner. It is incredibly fun to be able to transform most battles into gargantuan confrontations between kaiju-like creatures.

Flying too close to the sun

For the most part, Bayonetta 3’s constant fixation towards its action maximalism approach totally pays off with a sequence of exhilarating set pieces and absurdly fun combat moments. However, it also results in a game that doesn’t really manage to achieve consistently high standards. At most times, the game is simply stunning, with expansive areas that are as beautiful to look at as they are fun to explore. Yet, there are moments where Bayonetta 3 looks less refined, with things like low-res textures appearing here and there, as well as the unlocked frame rate that can dip from the so-desired 60fps threshold during the most heated moments.

These dips in quality were never bad enough to hurt the overall experience, but they are frequent enough to not be ignored. In a way, it is really easy to notice that Platinum tried to defy the limits of what the Nintendo Switch can do with Bayonetta 3, as most chapters are composed of expansive areas that invite exploration, with secret collectables, optional combat sections, and hard challenges hidden almost everywhere. The combat can also be hampered by the far-out positioning of its camera because it needs to include not only the huge enemies, but also your gigantic summons. It was a conscious choice to be bigger and bolder, which has resulted in a game that is perhaps flying too close to the sun.

For each small mistake that you may find in Bayonetta 3 (both in terms of narrative and performance), it comes with three or more incredible elements that are unlike anything else you may find on the Nintendo Switch (or on any other platform, really). By aiming higher than what they have ever done before, Platinum was able to deliver an experience that is as incredible as it is memorable. Bayonetta 3 may not be perfect, but it is an over-the-top game that will leave you wanting more.

Bigger is not always better, but Bayonetta 3 does more right than wrong when trying to surpass everything that has been done with the series before. It is a bold game that is thrilling to play, and a truly wild ride from start to finish.