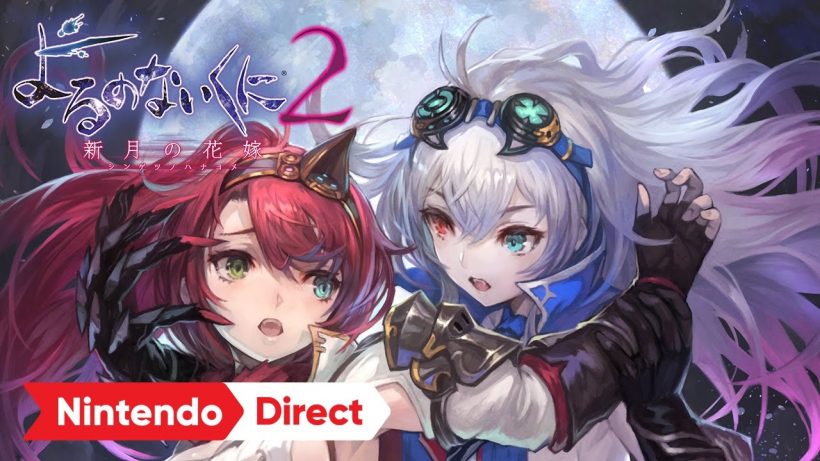 Koei Tecmo and Gust are bringing their action-packed RPG to the Nintendo Switch sometime later this year in Japan.

Newly Switch-bound, Nights of Azure 2: Bride of the New Moon is an action RPG that follows Alushe – a knight of the Curia, and personal guard to the Saint Liliana. Tasked with watching over Liliana and guiding her to the Curia, Alushe learns that her Saint friend will be sacrificed as the “Bride of Time” in order to appease the Goddess of the Moon. Instead of doing her duty thereafter, she’s having none of that crap – and she quickly escapes with Liliana.

Escape wasn’t exactly the best idea however, and soon after they take off Alushe is killed in a battle against a very powerful demon. Resurrected at the hands of the Curia, the newly half-demon knight Alushe is filled with immense power… and knows just where to direct it.

As for the gameplay, it’ll have you fighting together with your “Lily” partner – creating a bond, and gaining access to new abilities (and intimate moments). If that’s something that interests you in its premise (or even if it’s not), the following Japanese Direct footage may be of help.

Nights of Azure 2 is due out sometime later this year for the Switch, with a Japan release the only one on the books (for now).

Are you looking forward to it?