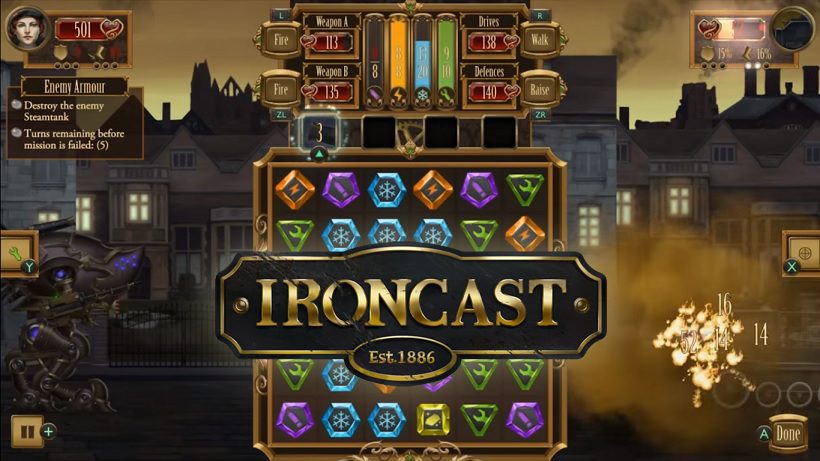 Dreadbit and Ripstone have announced release details for their upcoming turn-based strategy game.

While we’ve previously touched on Ironcast and the fact that it was coming to the Nintendo Switch, it seems that we’ve now got information regarding a release date and price. A game which has you take the role of a mech pilot (and the Commander of the Consortium of Merit), Ironcast is officially headed to the eShop in the West on August 10th, 2017 – priced at £12.99, $12.99US, or €14.99 depending on your regional currency.

Will you be venturing to alternate reality 1880’s Victorian England in just over two weeks? Maybe you had better get out your top hat and practice your pretentiousness. 😉