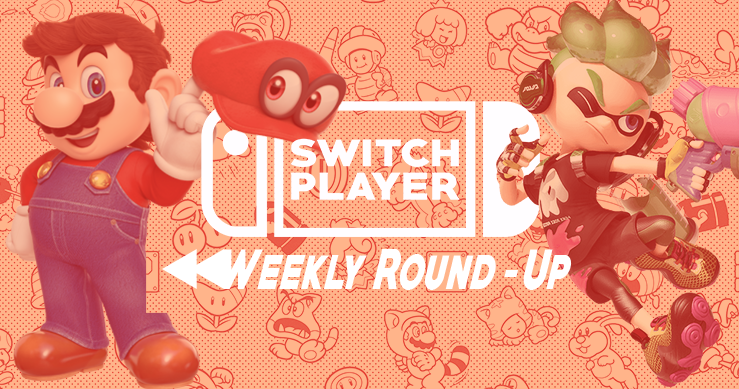 Nintendo Directs = joy. Luckily then, this week we were treated to some “joy” in the form of shock game announcements, release dates, updates to previously announced titles and more! We also published three brand new reviews for you this week because we’re lovely like that! So, if you’ve missed any of this week’s top stories or reviews make sure to read through this article and look back over the last week here on Switch Player.

What a start to this week’s news my friends! During the Nintendo Direct it was revealed that Bethesda will be releasing both DOOM and Wolfenstein II: The New Colussus on Nintendo Switch. DOOM is set for release later this year and Wolfenstein II is planned for sometime in 2018. If you want to read up on all the info about these two games including what you can expect from both titles, check out our full story.

Team Up With Your Friends When Kirby: Star Allies Launches in Spring

The Kirby game that was initially referred to as ‘Kirby for Nintendo Switch’ has been given a new name, a release window, and a new trailer! Fans of the lovely, pink blob will soon be teaming up, mixing their abilities and creating new powers in this newest entry to the series.

The first of some big-game release dates revealed this week, Xenoblade Chronicles 2 has been confirmed to be heading to Nintendo Switch on December 1st. That’s not all, though! As you can see in our article, a beautiful new Xenoblade-themed Pro Controller as been revealed alongside a limited edition release of the game. Lovely stuff!

Next up, Skyrim! Yes, The Elder Scrolls V: Skyrim has been given a confirmed release date of November 17th meaning we don’t have long to wait at all. *Insert ridiculously out-dated joke referring to arrows and knees*.

Snipperclips Plus Launching in November As Standalone Release and DLC

Snipperclips stole everyone’s hearts when the Nintendo Switch launched back in March and it seems set to do it all over again. Snipperclips Plus is a new release which includes the base game and new content – the good news is that people who already own Snipperclips can grab the new content as DLC if they wish. Win-win!

You can’t ignore news about Super Mario Odyssey now, can you? During the Nintendo Direct, a whole segment was dedicated to some more details about the game. During this, we learnt about some previously unannounced features and some lovely options available for purchasing the game including a Super Mario Odyssey console bundle!

The first game from Telltale Games to make its way to the Switch, Minecraft: Story Mode – The Complete Adventure takes everything we’ve come to know and love about the world of Minecraft and delivered a story experience surrounding it. Is it a success, though? Read our full review to find out!

Another puzzler has made its way to the Switch and we seem to have received yet another “just-one-more-go” type of game. You can read why our Staff Writer, Oliver, enjoyed Piczle Lines DX so much in the full review here!

Rounding up the reviews this week is Lichtspeer: Double Speer Edition – a seriously tough game involving spears, a flying dog and walruses on skateboards. If that has peaked your interest (which is most definitely should have done), take a look at the full review to find out more!