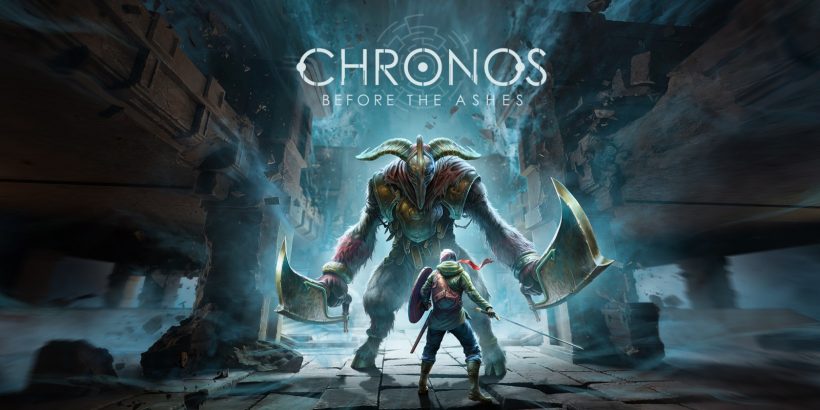 Previously a VR-exclusive title launched in 2016, Chronos: Before the Ashes has been repurposed with a third-person camera and some additional narrative ties to developer Gunfire Games’ other souls-like title, Remnant: From the Ashes. With some interesting ideas and a mysterious story, it’s an enjoyable game to look at through a new lens, but the vision on Switch is blurred and perhaps not the sharpest way to play.

A souls-like adventure RPG, Chronos puts you in control of a young and courageous adventurer, elected by their tribe to take on the labyrinthian task of, well, navigating a labyrinth, and killing the dragon within to restore peace. You’ll initially delve into a creepy and worn-down facility, with old computer terminals and bodies strewn around from an earlier catastrophe. But you’ll soon encounter a variety of different enemies, puzzles and bosses, with worlds of completely contrasting styles overlapping and leaving you desperate to find out what’s truly going on at the heart of this story.

The new camera functions well in this VR rework, but movement itself feels sluggish and uncomfortable at first. Your character juts around at a snail’s pace, and sprinting with A doesn’t help much. Combat is slow and methodical, based on the timings of your dodges, blocks and strikes, so you’ll soon come to realise that every laboured swing of your weapon is crucial to survival.

Chronos‘ core ageing mechanic is its most unique aspect, and what sets it apart from other games of this ilk. Entering the labyrinth through a world portal at the ripe age of eighteen, you’ll only get one shot at killing the dragon, with the gate shutting for another year should you fail. You’ll see your character age and mature as you try and try again, gaining knowledge and insight from previous years of failure, and unlocking abilities at major milestones up to the age of 80.

Not only does this add strategy in the long term, forcing you to upgrade your character in a smart way as the years go by (as physical stats become harder to upgrade as your character ages), but it also adds an extreme amount of weight to every encounter, putting you on edge at all times when fighting. You’ll put extra thought into every step, commit more to every strike, and feel more with every bit of damage taken. It’s an ingenious inclusion from the developers; a lore point that single-handedly ups the stakes massively. Combined with the ability to choose your character’s initial starting weapon, this can also give the game a decent amount of replay value. Fans can go back and challenge themselves, using their learned knowledge to tread carefully and see how many years they can save.

Chronos suffers on Switch, and it’s not the best way to play by any means. Muddy textures and general clunkiness can be put up with, but when precision is so important – with one wrong move putting literally years of your life at stake – the Switch port can be more punishing than other versions. There’s also some noticeable issues, such as computer terminals being near-illegible when trying to read logs and notes.

Overall, I had a lot of fun with Chronos: Before the Ashes, and while its souls-like gameplay isn’t exactly revolutionary, the unique ageing mechanic is extremely smart in adding tension to each and every encounter. That being said, it’s difficult to recommend the Switch version when performance issues and general ugliness get in the way. If you like the look of this one and have the option of another platform, perhaps that’s the best way to go.

While performance and visual downgrades make it difficult to recommend the Switch version, Chronos: Before the Ashes is an intriguing and enjoyable rework of a once VR-exclusive title. Its unique ageing mechanic makes it worth looking into for souls fans.