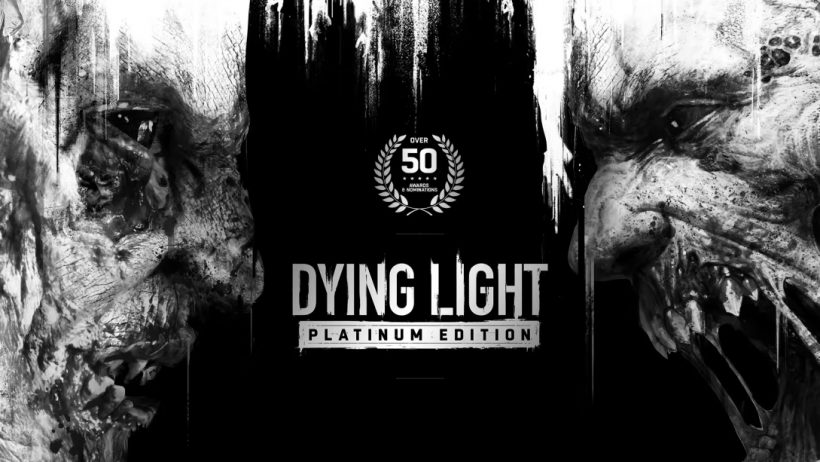 It doesn’t seem like that long ago that the industry was awash with zombie games. Much like the clustered bodies of the undead hordes themselves, you couldn’t move for titles that let you lop off heads, craft new weapons, and roam the city streets in an effort to avoid the bite of fiendish flesh-eaters. Standing out from the crowd fairly early on in the PS4 and Xbox One’s lifecycle, though, was 2015’s Dying Light. Currently set to receive a sequel next year, Switch players (likely due to hardware limitations) are forced to settle for the original game. That aside, Platinum Edition is still another great port of an expansive Triple-A title that looks and plays wonderfully on the hybrid console.

So far we’ve seen the entirety of Skyrim, the brutality of Wolfenstein II, and even the hellish gore of Doom Eternal brought to Nintendo Switch. All great games pushing technical boundaries, now made possible to play on the go. Despite such magic being achieved before, then, you’d think the effects will have worn off. However, playing Dying Light in handheld mode still feels like witnessing a work of voodoo. The city of Harran is impressive in its size – it has to be, in order to facilitate the game’s parkour system that allows to jump, grapple hook, and climb around freely. The zombie-infested setting is just as much a character as you or any survivor you come across, and its two maps – differing wildly in their verticality – are satisfying to explore.

A lot of this is down to how developer Techland was able to make the act of climbing so natural. All you need to do is simply look at a ledge or rooftop and then hit the jump button, and you’re sure to scramble safely out of the reach of zombies. Other games would have been tempted to make the parkour just as challenging as combat and, fleetingly, it is, but Dying Light mostly has an unspoken promise with you that you can always rely on your aim. Such reliable traversal makes outrunning nightmarish monsters all the more fun. This only becomes more apparent as the methods in which you’re able to explore Harran open up during the game’s later hours.

Equally impressive is the range of makeshift weapons you’re able to craft. Dying Light feels very much like a spiritual successor to the original Dead Island in this way, seeing you constantly scrounging for important resources like Alcohol and Gauze to create medkits as well as other bits needed for weapons. The good thing about this being the new Platinum Edition, though, is that all DLC releases are packed in, and that includes additional weapon blueprints that could see you wield a Viking axe, Left 4 Dead’s infamous frying pan, and even a futuristic shotgun. Utilising these add-ons does give you a little more leg up than if you were to play the vanilla version of Dying Light, true, but the challenge of battering zombies evens itself out in the long term.

Of course, any weapon you craft will eventually break thanks to a built-in durability mechanic that isn’t too dissimilar from Breath of the Wild’s. But this ensures that you never stay comfortable for long, wading through zombies in an effort to get from one side of the city to the other, and encourages you to experiment with gear. Rifle and pistol ammunition being hard to come by also helps Dying Light be a different flavour of zombie survival game. Rarely ever can you blast your way out of a tricky situation, so it pays to always stay well stocked with upgraded melee items.

The main story in Dying Light is unfortunately quite generic. Because, while Kyle Crane’s mission to prevent Harran from being bombed by an upcoming missile strike is admirable enough, it’s often easier to get invested in the smaller micro-stories found in side quests. One of the most memorable involves a former doctor dressing up as a wizard in order to entertain kids while hiding out. Your efforts to resolve this situation might involve the same “go here, get that” objective, but the conclusion is still rather sweet and lends added texture to this war-torn world.

As mentioned, Dying Light: Platinum Edition makes the textbook move of bundling in all DLC, in addition to the main game. The star of these is a post-game story called The Following, which lets your explore a new area of Harran and make use of drivable vehicles. How does it run on Switch? Near flawlessly I’d say, providing you’re okay playing at a locked 30fps in either handheld or TV mode. Some environmental pop-in does occur in the larger, more open areas, but the number of zombies the game can render on screen simultaneously is still a feat. Overall, this is a comparable experience to the one you’d find on PS4 and Xbox.

If you’ve already played Dying Light on other platforms, odds are you won’t find much value in a replay. Newcomers, however, craving some old-fashioned zombie fun are sure to be in their element, creatively making their way through yet another impressively presented Triple-A open world game on Nintendo Switch. A great primer for Dying Light 2.

Dying Light: Platinum Edition remains one of the better examples of an open-world zombie game done right. It stands head-and-shoulders above other genre entries thanks to unique traversal and weapon creativity.