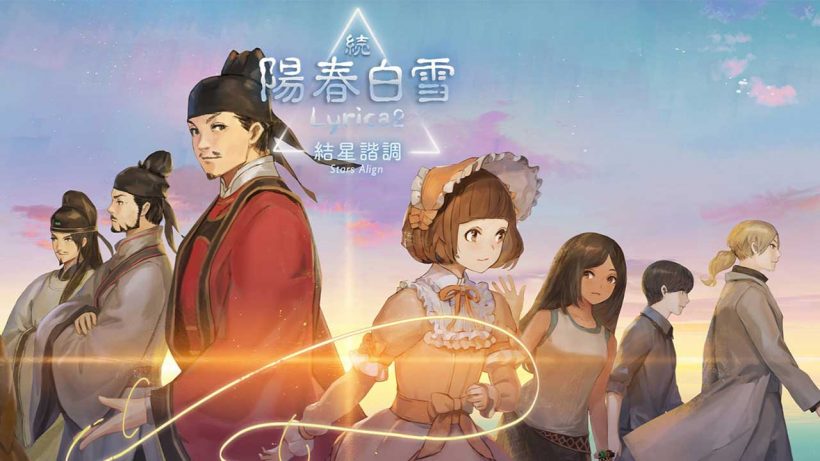 It’s hard for a rhythm game to differentiate itself from other titles in the genre, often because there isn’t much a developer can do to make its game stand apart. Lyrica 2: Stars Align manages to do so, at least in part. This is a game that will make you feel joy and frustration, and you’ll think about it long after you’ve finished playing for the day, in the same way you would Dark Souls when you’re stuck on a tough boss fight.

Lyrica 2: Stars Align is a different sort of rhythm game than what you might expect. Instead of the gameplay focusing on well-timed button mashing, it puts the emphasis on tapping symbols in time with more than 60 different songs. The music covers a wide range of genres, but the gameplay is so engrossing that you likely won’t notice them until you’re in so deep that the music doesn’t matter to you anyway.

The best way to play the game is in handheld mode. You need to tap the symbols that appear on-screen as the indicator around them closes in on them. If you’re listening to the music, then it’s obvious when you need to tap them. However, the game also features multiple handy on-screen prompts that make it easy to engage with the action without actually even needing to hear the music. You can get a sense of the rhythm with or without the sound on, which is a really impressive feat for a rhythm game.

The first game in the series was hit with criticism for not allowing for docked mode gameplay, so that’s now present in Lyrica 2: Stars Align. As you’d expect, the game is not built to be played this way, and it feels akin to making tea in a chocolate teapot. It’s never going to work long-term, and I suspect no one is foolish enough to try.

While the game works well with or without audio, the songs on offer are great. You unlock more as you progress through the various modes, allowing you to take on new challenges or just enjoy yourself while you listen to something new. On the subject of game modes, there are a few to keep you interested here. The main story mode offers a coherent string of events to tie together levels, but it’s not the game’s strong point. In this title, it’s hopping from round to round that will keep you entertained, and you can do so through challenges or even skipping through the story entirely to get straight into the action.

One downside in Lyrica 2: Stars Align is that the backgrounds and overall story elements aren’t very interesting. The game would benefit massively from something a bit more engaging, and maybe even some choices to make in the story modes. The backgrounds for each rhythm game are blurred images, sometimes of the characters that are speaking in the story, and they’re extremely uninspiring. Adding new backgrounds or making them more vibrant somehow, possibly with animations or lights, would’ve helped in raising the game to the next level.

While Lyrica 2 seems like a shallow game, it’s got plenty of depth through its replayability. Each story chapter has multiple difficulty levels and challenges to hit, and those are what will keep you playing long after you’ve seen anything. While the base difficulty is great, even challenging across most rounds, you can raise that difficulty level and push yourself to your limit. Suddenly, getting a perfect score doesn’t seem so easy.

Overall, this game surprised me with how much it has to offer, even to players who may not enjoy rhythm games. However, despite polished gameplay, visuals are uninspiring, and it doesn’t necessarily do anything groundbreaking.

Lyrica 2: Stars Align is an enjoyable rhythm game, regardless of whether you’re listening to its music or not. It isn’t groundbreaking, but the challenge provided with each level will keep you engaged throughout the main story and beyond.