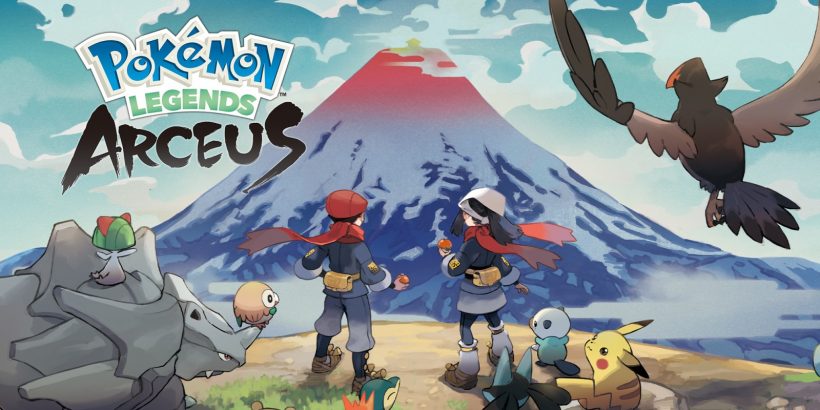 As one of the most prolific franchises in all media, Pokémon is, in a general sense, always trying to appeal to the highest number of people as possible.

Consequently, animes, cards, merch, toys, and even the games are more often than not seen as something tailored to a younger audience first, but with just enough elements to also draw the attention of older, long-time fans. Whether it’s due to attachment to the franchise, the sheer nostalgia, or even simply the strong appeal that the collectable monsters have, the truth is that Pokémon games have been reaching astronomical sales numbers recently, despite the fact that the latest mainline entries attracted a small amount of criticism.

It must be said, though, that the Pokémon games sell so well because the formula works wonders. The overall structure of a young person going on a huge adventure, collecting monsters while fighting eight different gyms, with the ultimate aim of becoming the true champion of that region is something that can be really appealing. However, just as Ash appears ageless over more than 20 years of anime, so too the formula keeps returning to the same familiar places we visited during our childhoods. It’s a cozy place. One which we have become fond of. But sometimes, we crave for something new.

Enter Pokémon Legends: Arceus, a game that took everybody by surprise at the time of its announcement, for good and bad. On one hand, early footage looked like what many Pokémon fans had dreamt of for a long time: a game that explores the full potential of a free Pokémon adventure. However, it also seemed to be plagued by technical shortcomings. Somehow, the final result is a game that borrows from both extremes of this spectrum but, thankfully, the new elements more than make up for any performance problems.

Visit the Past to See the Future

In order to deliver a new type of Pokémon experience, Pokémon Legends: Arceus comes with an entirely different premise from what you would find in a mainline Pokémon game. The abundant presence of trainers, the eight element-thematic gyms, and even the Elite 4 are just a few of the many elements that have been entirely scrapped in favour of a much more open-ended structure. Forget the multiple cities with mostly-linear routes connecting them. This time, you have access to a couple of expansive maps that you can explore at your will.

It’s not all new, though. Legends: Arceus doesn’t really feature an entirely new region, like you would expect from a new mainline instalment. Despite the new name, Hisui is actually an ancient version of Diamond and Pearl’s Sinnoh region. Thankfully, being set in a different time period allows for Legends: Arceus to do a stellar job by mixing some familiar monsters and characters with entirely unique new elements. In Jubilife Village, the main settlement of Legends: Arceus, you will encounter what seem to be the ancestors of multiple characters from Sinnoh (as well as other Pokémon regions), but they always come with interesting twists to subvert your expectations.

One of these twists lies in your own unique position within Legends: Arceus. At the very beginning of the game, you become a member of the Galaxy Expedition Team’s Survey Corps. Different from the corporation of the same name from Diamond and Pearl, though, the past-version of the Galaxy Team is interested in studying the Pokémon to learn more about them. Their ultimate goal is to find a way of living side-by-side, peacefully, with these wild creatures. Your role in that is to find and capture every single Pokémon from the region, creating the very first Hisui Pokédex.

Seek out all Pokémon

Pokémon Legends: Arceus presents this ultimate goal in a very Breath of the Wild fashion. Basically, a new version of the famous “Gotta Catch ‘Em All” tagline is thrown at you at the very beginning of the game, setting what seems to be your final objective within the campaign. What needs to be done in order to achieve that, though, is entirely up to each player.

That doesn’t mean Pokémon Legends: Arceus is a completely free sandbox. In fact, the game comes with a new system of quests and sub-quests that works as a great guide, with ways to engage with the game’s mechanics, to explore different parts of the world, and to complete specific Pokédex entries. In this aspect, Legends: Arceus features a much more dedicated narrative when compared to other games of the franchise, as multiple characters will engage with the mainline quest at different points, transforming the entire adventure into a wider saga within Hisui.

Pokémon Legends: Arceus is also a game about its many smaller subplots. Jubilife Village is not only home to the Galaxy Team, but it is also a hub where many different characters gather. The town villagers (and even some special guests that visit from time to time) will give you their specific requests, which are basically the sub-quests of Legends: Arceus. Upon completion, you will not only get specific rewards for each sub-quest, but you will also help with the development of Jubilife Village itself — even though it happens in a subtle way. Give a Pokémon to someone, and you will see the monster become their special partner. Help with the farmers, and they will open up their fields for you. There are even some very weird requests that reference the most funny, dark, and deep lore of certain Pokémon.

A Breath of Open Air

While the narrative and quest system of Pokémon Legends: Arceus have these new elements and welcome improvements, it’s in the gameplay department that the game really shines. By taking place in the past of the Pokémon world, Legends: Arceus completely changes the relationship between people and Pokémon. In ancient Hisui, Pokémon aren’t seen as adorable friends that can live with humans. They are, in fact, very dangerous wild creatures with abnormal superpowers.

As a consequence, when you step away from Jubilife Village, and visit one of the expansive open areas of Hisui, you enter a dangerous territory full of creatures that can attack you directly. In order to survive there, you won’t be limited to using your own Pokémon team anymore. You can now take a much more action-oriented stance towards each creature. Amongst the many new possibilities, you can now use a wide array of items to lure away Pokémon, all in real-time. The scenario also makes all the difference in how you approach each encounter, as you can use the higher ground to your advantage, or even hide in tall grass to surprise the wild creatures.

To further add to this sense of freedom, the Pokémon themselves can now be seen roaming freely through the overworld, like we saw in the Wild Area of Pokémon Sword and Shield. However, Game Freak really improved their animation work in Pokémon Legends: Arceus, as we can now see Pokémon behaving differently while in the wild, and reacting to your presence with different responses. Small monsters, for example, may run away at the first sign of danger. Bigger Pokémon, on the other hand, will probably attack you on sight.

The best thing yet, though, lies in how the different gameplay experiences of Pokémon Legends: Arceus blend seamlessly into one another. At any time while exploring, you can start an encounter with a wild Pokémon simply by throwing a Poké Ball with one of your monsters at them. The action won’t fade into a generic battle arena anymore, but will start at the exact same location you’re already at. While the combat itself keeps the standard turn-based format that the series is famous for (with just the interesting addition of the agile and strong moves), everything in the game happens with almost no interruption, which is always a blast to see.

A Shining Pearl in Formation

As much as Pokémon Legends: Arceus feels like the perfect answer to the series’ stagnation, it’s impossible to ignore the questionable visual choices, as well as some frequent performance issues. This is clearly a case where the game’s ambitions were too big for the budget and/or development time Game Freak were working with. It’s a shame, because Pokémon Legends: Arceus does have some beautiful scenarios. Unfortunately, it is very inconsistent.

There’s a strong argument for an art direction that has been inspired by the traditional sumi-ê painting techniques. However, Pokémon Legends: Arceus doesn’t deliver the same level of quality at every moment. On the contrary, a few scenarios really suffer from the limited draw-distance and weird pop-ins — especially when you are riding at full speed with Wydeer, or flying with Braviary.

Thankfully, the overall gameplay loop of Pokémon Legends: Arceus is so satisfying that it manages to make up for the choppy presentation. In a medium where the gameplay is probably the most important element present, Pokémon Legends: Arceus delivers a solid and unique experience, an adventure that will immerse any Pokémon fan in a believable world, where you can go anywhere, and do anything you want.

With bold decisions and a focus on freedom of movement, Pokémon Legends: Arceus is a much-needed new direction in a mostly stagnant series. It’s a fresh new type of Pokémon adventure where the seamless gameplay loop totally makes up for some technical drawbacks.