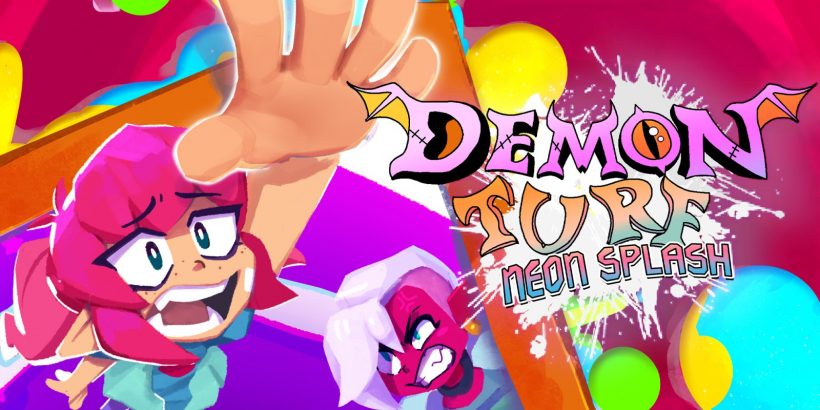 Indie developers often show an incredible capacity to iterate on previous ideas. From classic games that inspire their own titles, to entirely new games built on top of concepts that arise from short game jams, there are multiple ways we have seen indie developers building on what came before in order to deliver some truly unforgettable experiences. Yet, rarely do we see impressive work being done in such a short space of time as with developer Fabraz and Demon Turf: Neon Splash.

It hasn’t been that long since the release of the original Demon Turf in December 2021, but a stretch of merely four months has been enough for Fabraz to take the very best elements from its original hyper-stylized 3D platformer and present an entirely new experience. It’s a follow-up that — while on the shorter side of things — does an excellent job of focusing on what Demon Turf does best, removing its most problematic elements, and streamlining its fast-paced and extremely expressive platforming controls.

To achieve this, Demon Turf: Neon Splash feels almost like a kind of standalone DLC for the original — to the point that it even takes place directly after the events of the previous game. However, rest assured if you haven’t played the previous entry. You can easily start directly with Neon Splash, because, in the end, it rarely puts much focus on the narrative department. Instead, you are quickly presented with a fresh set of new and exciting levels, taking place within a strange neon-filled painting that main character Beebz and her friends end up falling into.

Working differently from the original game, which featured a series of hub-worlds that served as gateways for each level, Neon Splash has a much simpler way of presenting its content. Now, you can access each of the ten main levels from the get-go, directly through the game’s main menu.

From there, you can also access the game’s shop, and the playground — a test area where you can experiment with controls at your own leisure. By finding a special collectable in each of these main levels, you can also unlock additional levels that are presented as remixed — and much harder  — versions of the initial list. For the completionists, there’s even a special bonus level that you can unlock after reaching 100% in the game.

As I mentioned before, even when you consider everything that Neon Splash has to offer, it amounts to a much more contained version of what can be found in the original Demon Turf — but that’s not entirely a bad thing. While you can beat most of its content in around four hours, Neon Splash offers a huge amount of replayability when you factor in its additional focus on speedrunning challenges, not to mention the fact that it has a much lower price tag, which turns Neon Splash into the perfect entry point into the now-expanding Demon Turf universe.

The best thing yet about Neon Splash being a more focused version of Demon Turf lies in the fact that the gameplay has been streamlined into pure platforming prowess. Beebz’s huge array of movements remains mostly intact in this sequel, and you can be surprisingly expressive while controlling the protagonist, mixing and matching a series of different jumps, double jumps, wall jumps, spins, and much more. With this, Neon Splash presents one of those types of 3D platforming experiences that are easy to pick up, but extremely satisfying to master, with tons of depth that can be explored when tackling the speed-running challenges.

Further following this ‘less is more’ approach, Neon Splash thankfully opts to remove the problematic combat present in the original game, which was one of the biggest points of complaint in our previous review. Checkpoint limitations also have been scrapped, and you can now choose to update your checkpoints multiple times throughout a single level, as long as you are on top of a safe platform.

Thanks to these changes and improvements, each level in Neon Splash fully focuses on exploring the entire range of movements in Beebz’s satisfying arsenal, and are masterfully crafted in a way that presents an enjoyable learning curve, with new hazards and obstacles being introduced as your progress through the campaign.

Finally, Neon Splash also brings back the unusual mixture between 2D sprites and 3D environments seen in the original game, but with some cool new caveats. As a consequence of the ‘neon-themed’ aspect of Neon Splash’s storyline, scenarios are now blooming even more with interesting colour compositions and cool-looking real-time illumination. The game even received an increase in general resolution, which helps to make each scenario more appealing.

Overall, Demon Turf: Neon Splash smartly removes the few rough edges present in the original Demon Turf, and it is very easy to say that this is a vastly superior version of a game that was already great. By presenting different layers of gameplay, Neon Splash is able to offer something to gamers of different skills, and its only minor drawback is that it ends with us wanting more.

Neon Splash is a masterfully crafted sequel that takes the very best elements of the original highly stylized 3D platformer that Demon Turf is. By ditching the problematic combat, it offers a pure platforming experience that, while brief, is stellar.