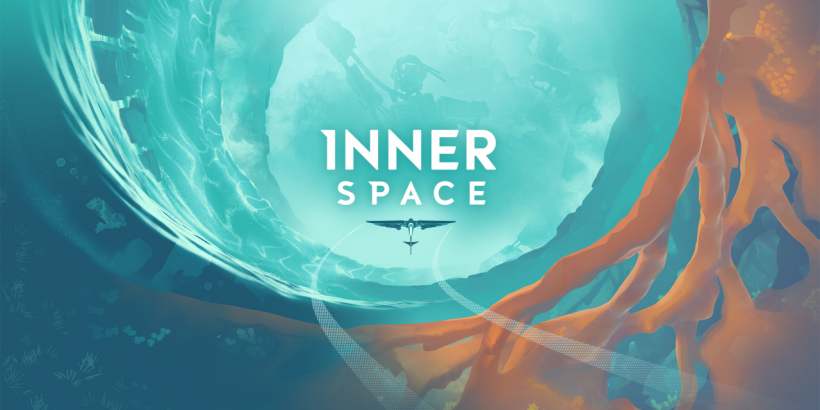 Right from the start, it’s clear that Innerspace is meant to be a game that encourages exploration and relaxation – travelling around the serene, abstract environments is very reminiscent of games such as Journey, with the experience focused more on immediate emotions rather than lending an engaging overall narrative. But does it succeed? Well, yes and no. Let’s dive right in.

Set in a ‘flipped’ dimension, you take control of a plane, allowing you complete control over where to go in the world. You’re tasked with recovering relics throughout the environment in order to aid a space archaeologist delve into the memories of the world. You’ll only have access to one plane initially but, through natural progress, you’ll eventually have access to several different frames, each of which providing varying abilities. 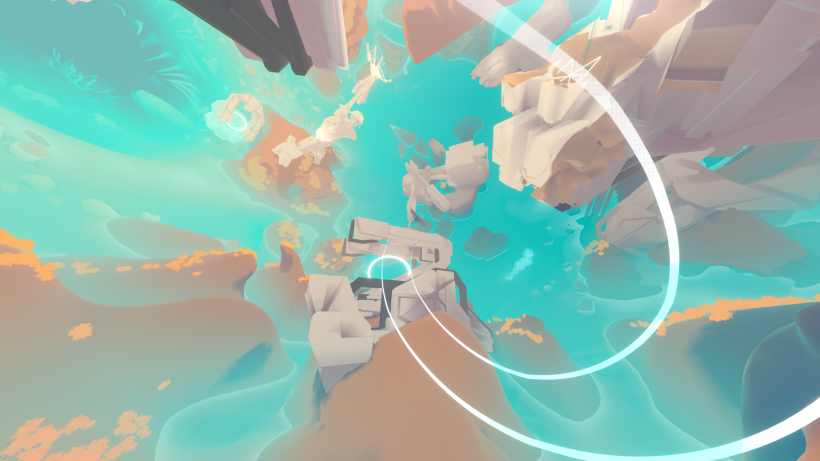 Problems occur almost immediately, however. Whilst the game plays reasonably okay (you control your plane using standard flight controls – the left stick controls your height and turns you left and right, and the right stick controls your tilt angle and speed), actually figuring out what you’re supposed to do or where you’re supposed to go is a bit of a nightmare at the best of times. There’s very little handholding in Innerspace but, unfortunately, it’s to such a level that it can be a major issue.

This wouldn’t be so much of a problem if the game would simply stop moving for a bit. It would be so much easier if I could simply stop in one place, take stock of the situation and proceed accordingly, but the plane is in constant motion, never letting you take a breather. As such, you’ll often find yourself just roaming around the levels for a seemingly endless amount of time, desperate to find the one spot needed to progress the story. It can be an incredibly frustrating endeavour.

This is exacerbated when you find yourself within frequent tight spots. Making your way through a claustrophobic tunnel can prove to be a fiddly task, as you’re unable to slow your craft down enough to navigate the environment effectively – you’ll often find yourself crashing into walls, and this can often be quite disorientating. On top of that, the performance on Switch is sketchy at best – the game will frequently slow down, causing you to misjudge turns, resulting in yet more crashes. 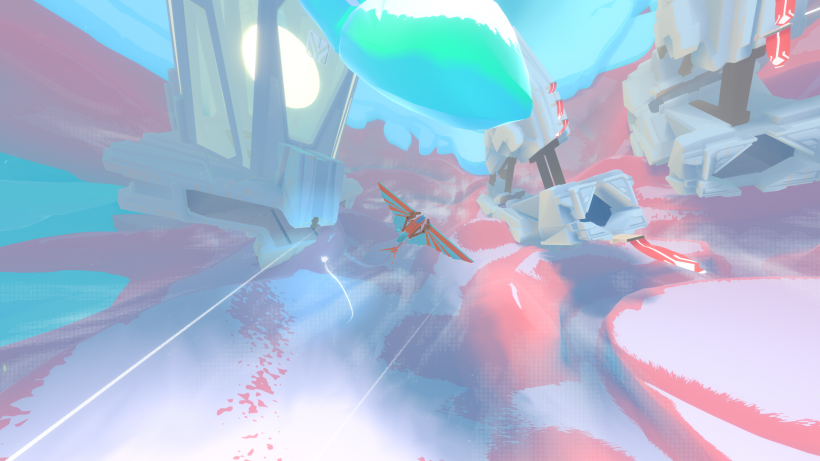 It’s not all doom and gloom though, of course. Innerspace is a very pretty game, and the mere exploration of the different spaces can prove to be very relaxing. It’s only when you decide to progress with the story that the wide cracks begin to show. I feel the game probably would have benefitted from the exclusion of a plot entirely and just allow the player to explore the environment at their own pace. Having said that, there are some memorable boss encounters that look fantastic, however once again this is a tedious exercise in trying to find out what on earth you need to do to progress.

Innerspace feels like a game of immense missed potential. It certainly looks the part with some gorgeous, colourful graphics and solid controls, but it’s held back by a boring narrative and failure to point you in the right direction. Had it provided a bit more of a helping hand, it would be a lot more enjoyable.

Innerspace is a game full of style, but little substance. Its stubborn refusal to give direction throughout the experience can lead to extended periods of frustration, making this a game hard to recommend.