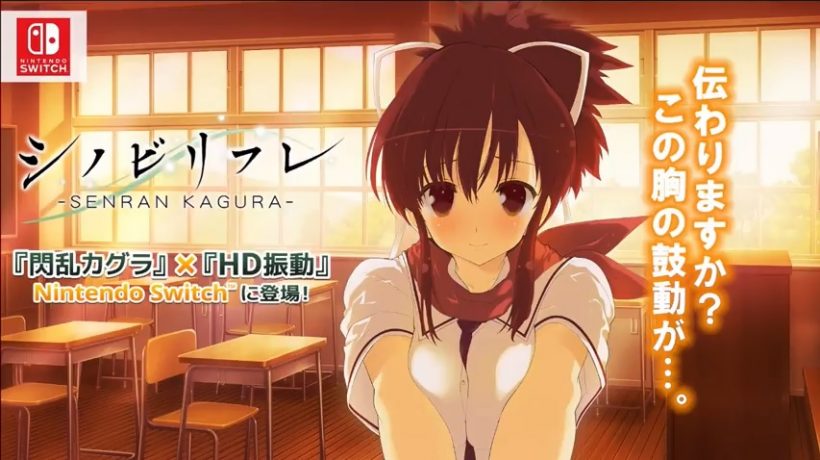 Kenichiro Takaki has taken to the Honey Parade Games stream this morning to show off his Joy-Con utilizing masterpiece.

A game which appears to feature visual novel, dating simulation, and straight up interaction elements (with the Joy-Con as your conduit), Shinobi Reflex: Senran Kagura is not your typical Senran Kagura fare – nor is it indicative of any of the title’s previous side projects. Kenichiro Takaki has tried to make something which uses the unique features of the Switch to our advantage, and by George; I think he’s done it.

Get a look at some shots from the stream below, as well as some information and explanation cards (in Japanese – of course – but still helpful).

Shinobi Reflex: Senran Kagura is due out sometime this year, priced at ¥1000 on the Japanese eShop.

Will you be grabbing it? I’m going in with both hands. 😛