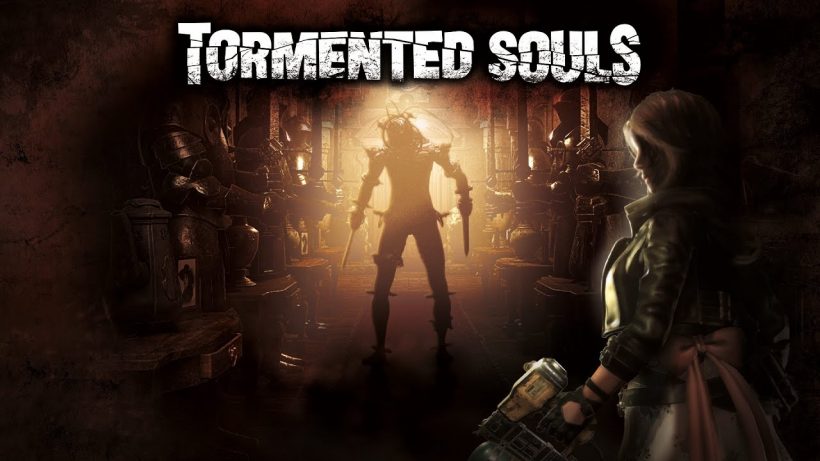 Survival horror is a genre that many developers associate their games with. Yet when the final product releases, it falls far too short of what fans seek. Resident Evil both blessed and cursed survival horror fans to be forever unsatisfied with the titles that would follow because they never lived up to that level of terror. That is, until, Tormented Souls.

Dual Effect has pulled off what I thought was impossible with Tormented Souls, and the Switch release is almost as perfect as every other version. This all starts with the story, which is completely bonkers and doesn’t take itself too seriously. This is a great strength, giving players just enough to keep them pushing forward without telling them so much that they question their own sanity for playing.

You play as Caroline Walker, a young woman who visits a mysterious island hospital after a letter with a photograph was sent to her causing the worst headache of her life. After being knocked out and waking up in a questionable state, missing an eye, Caroline explores the hospital and dives deeper into its dark past. The cast of characters is terrifying, as is the hospital, but the twist towards the end can be seen from a mile away.

The highly polished environments contrast well with the waxwork appearance of each character and enemy to help the game feel unsettling no matter what you’re doing. You can only kill one of the grotesque creatures that haunt hallways with clunky weapons that require you to stand still to aim. The fixed camera angles make everything more challenging, solving puzzles and killing monsters, but this only adds to the game’s charm.

You quickly adapt to the game’s quirks, choosing to reload through the menu instead of waiting for Caroline to do her thing, and lighting candles as you explore. In Tormented Souls, the dark will quite literally kill you, so you must carry a light source at all times. As you can imagine, this ramps up the tension in almost every combat encounter.

Survival horror purists will be glad to hear that saving is limited to tapes that can only be used in specific rooms. Their scarcity makes you carefully consider when you should save and whether you can solve a few more puzzles before doing so. Nothing feels worse than losing hours of progress because you didn’t though, and those moments when you’re paralyzed with indecision work too well, making you fear your own button presses.

While the combat in Tormented Souls isn’t much to look at, the puzzles are brilliant. I had to run up and down three flights of stairs to solve one because I kept forgetting what I wanted to do. The best is linked to a door knocker that you need to tap out a certain rhythm on, but I won’t spoil how you get that rhythm.

The only problem I encountered with Tormented Souls on the Switch was performance. The game runs pretty slowly compared to other titles, and the visuals aren’t quite as crisp as the trailers would lead you to believe. Thankfully, there’s no delay between button presses and what happens in the game. It’s tough to make a game like this look incredible on the Switch, and the apparent lack of polish dampens the experience somewhat.

If you love survival horror games, you can’t pass this one by. It has everything you’re looking for, from mind-bending puzzles to bizarre friends and enemies, and pre-rendered backgrounds. This is a revival of the genre, and something you won’t be able to put down.

Tormented Souls is a fabulous return to classic survival horror, the likes of which haven’t been seen for years. Even horror novices will gel with it because it updates the genre just enough to be accessible in 2022.