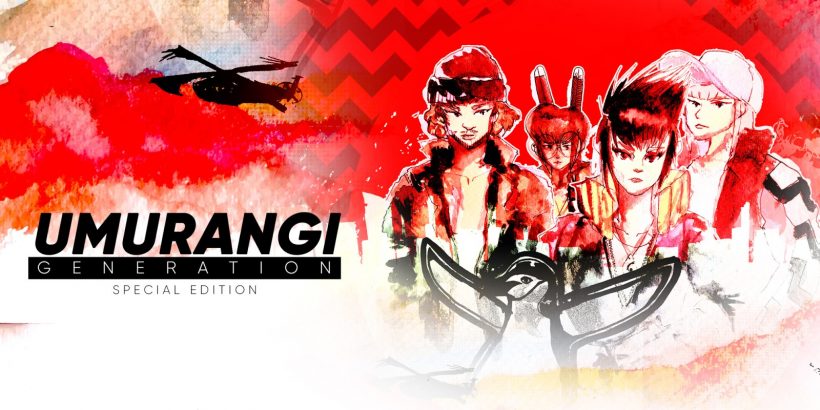 It is funny to realise how many photography-centered games are being released on the Nintendo Switch this year.

At first, you might think that this could be a consequence of the return of Pokémon Snap, but the truth is that games such as NUTS and Alba: A Wildlife Adventure have been in development for a considerable time before New Pokémon Snap was even announced. This should not come as a complete surprise, though, when you consider how indie games have the freedom to explore genres and gameplay styles that aren’t all that mainstream, even including the more contemplative, passive, and calm experiences such as of the art of taking photos.

Umurangi Generation is another entry in this not-so-explored photography genre, but it’s one that offers a more serious approach in how it chooses to incorporate the technical aspects of photography as some of its basic gameplay mechanics. This Switch version is also labeled as a Special Edition, which means it has some quality of life improvements when compared to previously released versions, as well as a few new elements.

In a broader sense, Umurangi Generation offers eight different levels for you to explore. Each time you start one of those, you’re tasked with seven Photo Bounties, Umurangi Generation’s version of a quest system. For each one of these Bounties, you will need to take a photo of one (or more) specific objects or people, sometimes with specific set parameters, like a photo in a close-up or with a specific camera lens.

With that basic premise in mind, you will explore each one of these colourful, stylized levels in search not only for the objects you need to take a photo of, but also the right angle you’ll need to have for them. While Umurangi Generation has a very contemplative vibe (where it invites you to explore the levels and enjoy the vibrant colours and crazy characters), these Photo Bounties offer two distinct types of gameplay challenges.

First and foremost, some Bounties are designed as a kind of Where’s Wally? experience, where the hard part is to find the items you need to take a photo of. This is especially frequent in the challenges that ask you to take a photo of a specific word or text passage. More than once, I walked the entire level, failing to find something that was ‘hidden in plain sight’. While this is part of an enjoyable challenge, it is in a few of these moments that some of the problems of this Switch version appear. Umurangi Generation seems to feature a dynamic resolution that results in some stuff in the scenario getting really blurry, as well as textures that don’t seem to load until you’re really close up.

This is not much of a problem when it comes to the second challenge present in Umurangi Generation: the perspective-related Bounties. Sometimes, it is really easy to find the things you need for the photo, but the game may ask you to use a specific lens (such as one made for things in the distance) or to shoot multiple items at the same time. In these segments, you really need to think about how the scenario works, so you can find the perfect spot where you need to stand in order to get that perfect frame. A few of these highlight another small flaw of Umurangi Generation: the platforming mechanics. The game controls similarly to a standard first-person game, and, for the most part, doesn’t demand any action from the player. For some of these photos, though, you’ll need to jump and climb to specific spots, but some of these ask for a finesse of controls that you simply don’t have with the game’s weird jump arc. Thankfully, you’re never really penalized for falling from a higher place.

In addition to the Photo Bounties you need to complete in order to finish each level, Umurangi Generation encourages you to try to complete the five bonus objectives for each level. Finding collectables across the level, finishing the level in a set amount of time, and getting a set amount of money are a few of these bonus objectives, and it is here that the most technical aspects of photography are used. For each photo you take, you can edit the values of exposure, colour balance, saturation, among other details. For the most part, these details work more as a way of expressing yourself through each photo, but they can also influence how much you will earn with each picture.

Expression is also an important factor of Umurangi Generation if you look at it from a narrative standpoint, because the game doesn’t really feature a story, at least not in the traditional sense. Across the eight levels of the game and its two-and-half hours long campaign, you will walk though different scenarios that are filled with imagery clearly referring to certain themes and critiques. It features a post-futuristic world that is read through the details, but one that is built with a style-over-substance approach.

Umurangi Generation Special Edition is a unique-yet-brief experience, one that has some flaws, but also a nice space for expression and contemplation.

Short, but impactful. Interesting, but flawed. Umurangi Generation Special Edition is a photography-centered experience that is sometimes weird, sometimes contemplative, but thoroughly unique.